Back in September, many believed the Boston Celtics not only could meet the Golden State Warriors in the NBA Finals, but that they actually could dethrone the two-time defending champs.

And as the 2018-19 NBA season wore on, it became clear the Warriors were more vulnerable than ever. Sure, they’ve never not been the favorites, but injuries, uncharacteristically disjointed play and reported locker room drama all pointed toward the possible end of NBA’s greatest dynasty since the 1990s Chicago Bulls. All the ultra-talented Celtics had to do was play to their potential and they’d have a real shot at raising an 18th banner.

Of course, nothing went as planned for the Celtics and their fans.

Boston’s disastrous season culminated May 8 in a second-round playoff exit at the hands of the Milwaukee Bucks. All that talk of turning things on when it mattered most, being OK because Irving “is here” and capitalizing on a LeBron James-less Eastern Conference was just that: talk.

As tough as that pill is to swallow for Green Teamers, it would be slightly easier to digest if the Warriors were coasting to yet another title. “Eh, we would’ve lost to Golden State anyway. They’re too freakin’ good, guy.”

However, what’s going down in the NBA Finals must feel like an inordinate amount of salt inside a gaping wound for one of the proudest franchises in professional sports.

Kawhi Leonard and the Toronto Raptors earned a 105-92 win at Oracle Arena on Friday to take a 3-1 lead in the series. They’ll have a chance to win the first championship in franchise history Monday night on home court. Jurassic Park will be buzzing, the North (which remembers) will remember stuff and 20 percent (!) of the Canadian population will be politely fixated on their televisions, ready to politely take to the streets — except in Vancouver.

Meanwhile, Celtics fans will be home, watching Seinfeld reruns, or something, and remembering what it was like when they could boast about “Celtic Pride,” rather than cling to it. They’ll be refreshing their Twitter feeds, waiting to hear that Irving went back on his preseason promise and signed with the Brooklyn Nets.

(Obviously, nobody should feel sorry for Boston sports fans.)

What the Raptors are doing to the Warriors underscores just how much the Celtics left on the table. Leonard is incredible, and the Raptors are legit, but all things being equal, the Celtics have way more talent. It should be Boston with its Nikes on Golden State’s throat, days away from an opportunity to hoist the Larry O’Brien Trophy at TD Garden.

No, you can’t assume the Warriors would be as banged up in this alternate universe. Per the Butterfly Effect, things could’ve gone much differently, and Kevin Durant and Klay Thompson could be at full strength, alongside Stephen Curry, with the Warriors looking unbeatable.

But that’s not what’s happening in real life. In reality, Nick Nurse’s team has a stranglehold on Steve Kerr’s, and the Warriors dynasty is on life support.

The Celtics had every opportunity to be the ones to pull the plug. Instead, they signed their own death warrant. 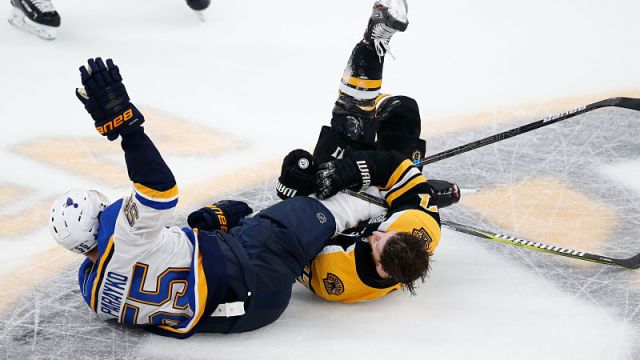 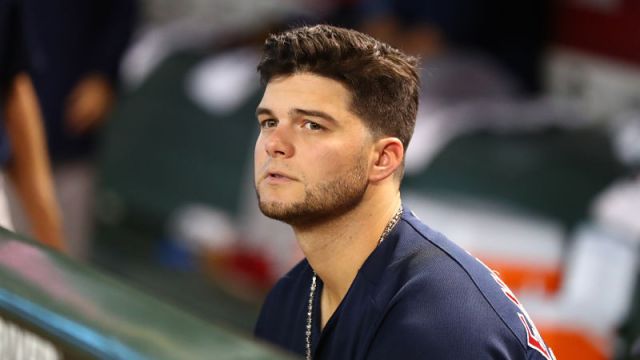