How Chase Winovich's Preparation Paid Off For Rookie In Patriots Debut - NESN.com Skip to content

As the New England Patriots rookie engaged his opponents in these 1-on-1 tests of strength, he wasn’t just looking to sack the quarterback or beat his man. He was learning. Remembering. Cataloging.

After the first practice Monday, Winovich retreated to his hotel room and jotted down notes on each lineman he faced. They filled three pages — line after line of little tells and tendencies, anything that could give him the slightest edge. The next morning, he had his best practice as a Patriot to date, dominating in 1-on-1s and wreaking havoc in team drills.

Then came Thursday, under the bright lights of Ford Field.

Late in the third quarter of his first professional football game, Winovich looked across the line and noticed Tyrell Crosby was lined up at right tackle for the Lions. Crosby primarily had played on the left side during joint practices.

?I just felt that I knew he had been spending a lot of time at left tackle during the week,” Winovich explained. “So I figured he?d be a little bit more uncomfortable trying to make that transition in the game.”

He was right. Winovich bent his body low to the ground, sped around the edge and dropped quarterback David Fales for a sack, one of nine total the Patriots recorded in their 31-3 dismantling of Detroit in the preseason opener for both teams.

“I felt like I had a good get-off, had the edge, so I slipped it,” Winovich said, recalling the play in his postgame news conference. “I was worried I might?ve been a little low at first, so I was looking around for the penalty, but it wasn?t. I was like, ?OK, all right! We?re good!’ ”

Winovich later split a sack with fellow 2019 draft pick Byron Cowart — again beating Crosby, who endured a brutal night against New England’s pass rush — and helped force another that was credited to undrafted linebacker Terez Hall. It was quite the homecoming for the Michigan product, who had a hearty contingent of friends and family in attendance.

“I don?t think anyone that puts in work ever regrets working too hard or doing a little extra,” Winovich said. “I just went out there, kind of had a game plan for how I wanted to attack things. Fortunately, it went my way. Thanks to my teammates setting everything up.”

Winovich was effusive in his praise of his teammates and coaches, as well as Patriots Hall of Famer Willie McGinest, who’s given the third-round pick multiple pass-rush lessons since training camp began.

“It felt good to have it all come together,” Winovich said. “Hopefully, I made my family a little proud today.”

On top of Winovich’s 1 1/2 sacks, the Patriots also received two from Derek Rivers, a half-sack from Cowart and one each from Hall, Jamie Collins, Danny Shelton, Ja’Whaun Bentley and Shilique Calhoun. Edge rusher John Simon also had an interception, and New England’s defense kept Detroit off the scoreboard until the final three minutes of the fourth quarter. 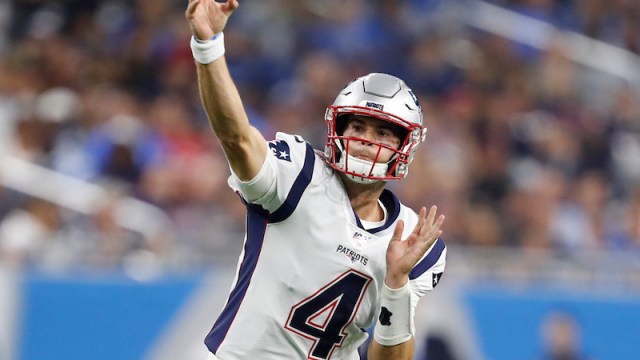 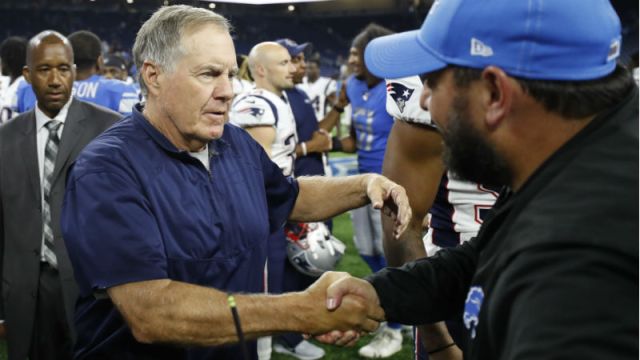