A lot can change over the course of 15 practices and two preseason games.

Total unknowns can become emerging stars. Perceived roster locks can slide down toward the bubble — or off the team entirely.

With New England Patriots training camp now officially closed and the team preparing for preseason game No. 3 on Thursday against the Carolina Panthers, here are 10 winners and seven losers from what we’ve witnessed so far this summer:

WINNERS
Jakobi Meyers, wide receiver
Meyers won’t just make the team as an undrafted rookie — he has a decent chance to start in Week 1. The North Carolina State product was the undisputed star of training camp and has dominated in both preseason games, totaling 12 catches on 14 targets for 151 yards and two touchdowns. No other Patriots player has more than four catches or 45 receiving yards.

Chase Winovich, edge rusher
Speaking of dominant preseasons, Winovich has been the most productive pass rusher in the entire NFL thus far. His 12 total pressures (three sacks, one QB hit, eight hurries) lead the league, according to Pro Football Focus. The Patriots will find a way to get the long-haired rookie on the field this season.

Joejuan Williams, cornerback
Williams looked a bit lost during the first week of camp. That’s certainly not the case anymore. The super-sized second-round draft pick finished training camp tied for third on the team with eight pass breakups in competitive drills, has allowed two catches on seven targets for 18 yards in two preseason games and blanketed Corey Davis during Saturday’s win over the Tennessee Titans.

Jake Bailey, punter
It took the rocket-legged Bailey just a few short weeks to unseat Ryan Allen and bring about the Patriots’ first punter change since 2013. The Stanford product’s hangtime is a sight to behold.

Isaiah Wynn, left tackle
After a year-long layoff, Wynn finally returned to game action against the Titans. And though he played only 19 snaps in his comeback from a torn Achilles, the 2018 first-round pick appears ready to take over as the Patriots’ starting left tackle.

Sony Michel, running back
Having a (nearly) injury-free training camp allowed Michel to broaden his skill set. He now looks much more comfortable in the passing game than he did as a rookie, suggesting the Patriots might not be so overwhelmingly run-heavy when he’s on the field this season.

Jamie Collins, edge rusher
Few Patriots defenders were more disruptive during camp than Collins, who looks poised to play a major role in his first season back in New England.

Jonathan Jones, cornerback
That Jones vs. Duke Dawson battle for the slot corner job? Yeah, it’s been over for weeks now. Jones was one of the top camp performers and didn’t play in either of the first two exhibition games, indicating the team views him as a pseudo-starter.

Byron Cowart, defensive lineman
Cowart’s annihilation of Rodger Saffold and subsequent burying of Marcus Mariota was one of the most explosive highlights of the Patriots’ preseason to date, but the former No. 1 high school recruit quietly has shown steady improvement since he arrived in New England this spring, playing his way into the roster conversation as a fifth-round rookie.

Jarrett Stidham, quarterback
Stidham remains the third option behind Tom Brady and Brian Hoyer, but he’s looked substantially better this summer than any Patriots rookie QB in recent memory. His second preseason effort wasn’t as crisp as his first, but he still completed 14 of 19 passes for 193 yards and a touchdown and led a 99-yard scoring drive in the fourth quarter.

Duke Dawson, cornerback
Bill Belichick never has cut a player one year after drafting him in the first or second round, but Dawson (No. 56 overall in 2018) is in danger of becoming the first. He’s allowed three completions of 20-plus yards and committed three penalties over two preseason games and hasn’t looked much better in practice. It’s understandable why the Patriots would want to hold on to Dawson after he didn’t play at all as a rookie, but it’s hard to find room for him in their loaded cornerback room.

Mike Pennel, defensive tackle
Pennel looked like the smartest signing of the Patriots’ offseason — a no-brainer replacement for the departed Malcom Brown. Fast forward to August, though, and Pennel is having to wait until the second half of preseason games to see the field. This hasn’t been the summer we were expecting from the ex-New York Jet.

Matt LaCosse, tight end
LaCosse was projected as the Patriots’ Week 1 starter entering camp, and while that still might be the case, he hasn’t really separated himself from the rest of the team’s tight end hopefuls. He also suffered an injury that sidelined him for all of Titans week.

Braxton Berrios, wide receiver
Injuries to several Patriots wide receivers — especially the one that sidelined Julian Edelman until Monday — created plenty of opportunities for Berrios, who saw extensive reps with Tom Brady during camp. That he’s still squarely on the roster bubble tells you what he’s done with those chances. Like LaCosse, Berrios hasn’t been bad this summer, but he hasn’t inspired much confidence, either.

Keionta Davis, defensive end
Davis struggled to crack the gameday roster in 2018 (13 healthy scratches, including three in the postseason), and nothing we’ve seen this summer suggests that will change this season. His roster spot is in serious jeopardy.

Ryan Allen, punter
Allen’s a very good punter who should find a new team quickly, but Bailey was the clear winner in their roster battle. 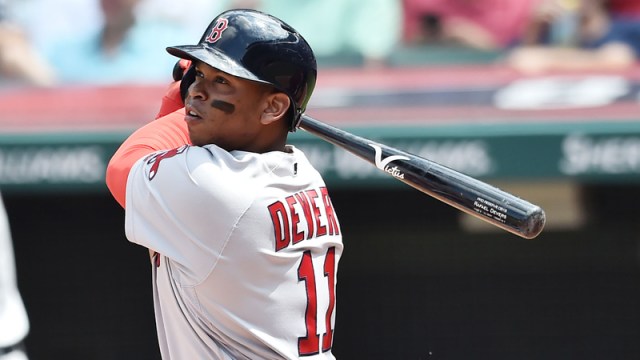 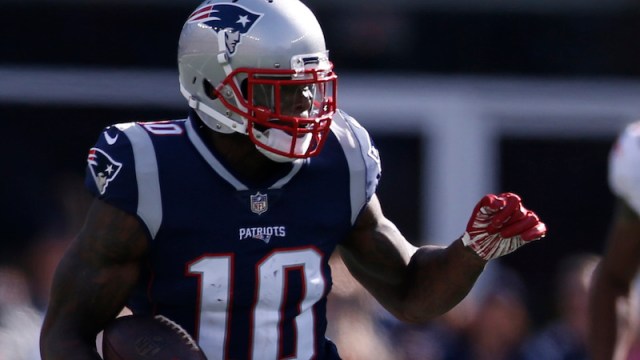 How Can Patriots Best Use Josh Gordon In Receiver’s Return To Offense?