Stephon Gilmore and Jamie Collins were the most visible defensive standouts from Sunday’s 43-0 rout of the Miami Dolphins, but the New England Patriots also received key contributions from several less-heralded defenders.

Patriots coach Bill Belichick had high praise for all three players during his Monday conference call. His quotes have been transcribed in full below (emphasis ours):

Belichick on Butler: “We have a ton of confidence in Adam. He played in all defensive situations (Sunday) — our base, our nickel packages, our dime packages. He’s another very smart player that really understands how to attack protections and do the right thing based on how the line’s blocking him on passing plays and what we have called. He has good length over the ball and good length to play defensive end in the running game, but he plays very hard, hustles, gets the plays on second effort, extra effort. He’s a very smart, instinctive player.”

Belichick on Shelton: “I think Danny’s really improved a lot from Year 1 to Year 2 here. Not that this is his first year in the league, I don’t mean it that way, but last year was his first year with the Patriots. This year, going into the year was really a lot better, I think, for me and for him, so I have a better feeling for what his style of play is and what things I think we can really take advantage of in the defense. I’m not sure that we did a great job of that last year, but he’s very good at some things, and we’ll try to get him to do those as much as we can. He’s been great all year. First-guy-in, last-guy-out type of attitude. He’s very attentive and has worked very hard on the things that we’ve asked him to do, and some of those are a little different than they were last year, again based on the things I just mentioned, but he’s really improved now, I’d say, in every area. Run defense, pass defense, reading blocking schemes and just overall awareness and communication on the defensive front, which there’s a decent amount of. So I like having him on the team, and I think his role and his understanding, and the confidence he has in the defense and the confidence the defense has in him, it’s definitely taken a couple steps forward.”

Belichick on Harmon: “I think Duron probably knows our defensive system as well as anybody, maybe other than Devin (McCourty). He and Pat (Chung) and Devin have played together and they have a great communication system, and sometimes just after the snap or in the middle of a play they know how to react based on what their teammate’s doing and things that they’ve encountered in previous games or years. And Duron does an excellent job, too, of getting that communication to the corners and coordinating the safety and corner responsibilities and leverage and run support and things like that. He’s a very good decision-maker, and he really has the green light along with Devin to do what he needs to do to make things right on the field based on the offensive personnel, formation and sometimes situation. So we have a ton of confidence in him, and he always does the right thing. He had two or three plays (Sunday) that could have gone either way, could have followed one rule, but he made the right decision on all of them, and he’s a really smart football player.”

Belichick also saluted Collins — who had half a sack, one tackle for loss and two interceptions against Miami, including one pick — calling him “a very special player.” 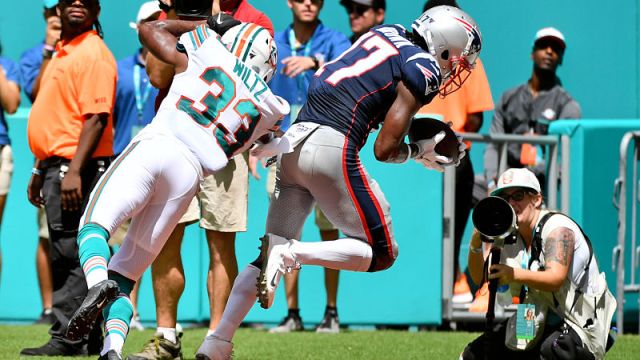 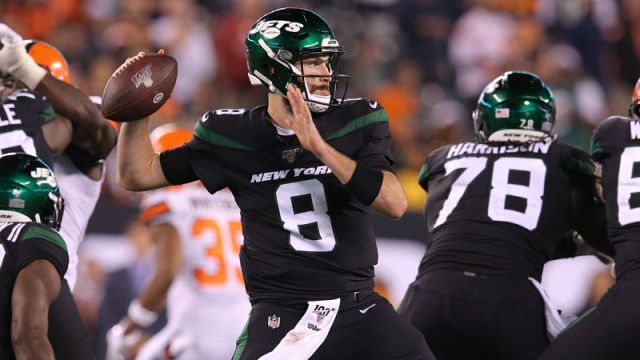 Is Luke Falk The Second Coming Of Tom Brady? Evidence Is Very Hard To Deny