Inside Look At How Antonio Brown Learned Patriots Offense In Week Before Debut - NESN.com Skip to content

MIAMI GARDENS, Fla. — Outside of a game ball and some bottles in his locker, there was hardly a trace of Antonio Brown at Hard Rock Stadium after the New England Patriots trounced the Miami Dolphins 43-0.

Brown’s nameplate was removed from his locker. The All-Pro receiver vanished before reporters could enter the locker room following his Patriots debut. Perhaps he thought he did his talking on the field when he caught four passes on eight targets for 56 yards and a touchdown while adding 5 rushing yards on one carry.

Perhaps he didn’t want to answer questions about an ongoing legal situation. He’s being sued on allegations of rape and sexual assault by his former college classmate and trainer Britney Taylor, who will meet with the NFL on Monday.

Maybe he just wanted to spend time with his family. Brown, a South Florida native, posted pictures to his Instagram account with his five kids after the game.

What Brown wouldn’t say after his Patriots debut, his teammates did. In three short practices, plus side sessions with Patriots rookies, Brown picked up enough of New England’s offense to be on the field for 24 offensive snaps and make a significant contribution Sunday. He led the Patriots in receiving yards despite playing just a third of the team’s offensive snaps.

He got off to a good start early in the week.

“He just puts his nose to the grindstone,” rookie wideout Gunner Olszewski said Sunday. “He works hard. I pride myself on being a hard worker. First practice he got out there, I would say he was the hardest working player on the field, so that was cool.”

Olszewski, along with fellow rookie wide receivers Jakobi Meyers and N’Keal Harry and rookie quarterback Jarrett Stidham, worked late with Brown to learn the offense during walk-through sessions. Stidham’s just a rookie, but he knows where starter Tom Brady wants his receivers to be on a certain play.

“(Brown’s) done a great job of learning,” Olszewski said. “He calls himself Mr. Big Chest, but I call him Mr. Big Brain because he’s picked up the playbook real fast.”

Wide receiver Josh Gordon knows what Brown is going through trying to acclimate better than anyone. Gordon was traded to the Patriots after Week 2 of the 2018 season. He was on the field by Week 4 and caught two passes for 32 yards coincidentally against the Dolphins. Both Gordon and Brown had experience in Todd Haley offenses before coming to the Patriots. Haley runs the same core offense as New England, but Gordon says the Patriots’ system is like nothing he’s ever seen before.

Still, Brown was able to learn it quickly.

“He’s got a great football mind, football IQ,” Gordon said. “Guys that are football smart just pick it up, some faster than others. He’s one of those guys that’s gifted in that area. He was able to come here and adapt on the fly and he’s still learning, as we all are. But it just goes to show how much he really wants to be a part of this offense, how much he really wants to be here and contribute and how fast he did it. It was great to see him make that progress today.”

Brown caught all four of his passes in the first half. He didn’t see a target after midway through the third quarter. Brady and Patriots head coach Bill Belichick were adamant it wasn’t intentional to get the receiver going early in the game.

“I didn’t think about it,” Brady said. “I was just trying to throw to the open guy. He was there, got him on the over route. They blitzed up the middle and I got him on the out cut when they played post safety. That’s what I’ll try to do all year. Just throw if the guy’s open.”

Belichick was a little less loquacious.

“We run the offense,” Belichick said. “We try to throw the ball to guys open. We haven’t changed that in 20 years.”

It’s scary to think about what this Patriots offense will look like at midseason, as there was still miscommunication between Brady and Brown that led to four incompletions.

But no one can get ahead of themselves. After the NFL interviews Taylor on Monday, the process of putting Brown on the commissioner’s exempt list could begin. Maybe Brown plays the next 14 games with the Patriots and three more after that. Or this could be Brown’s only game in a Patriots uniform.

Regardless, his teammates were impressed with his work during the week and Sunday.

“It was awesome,” wide receiver Julian Edelman said. “He’s a playmaker. A lot of energy. It’s going to make it tough.” 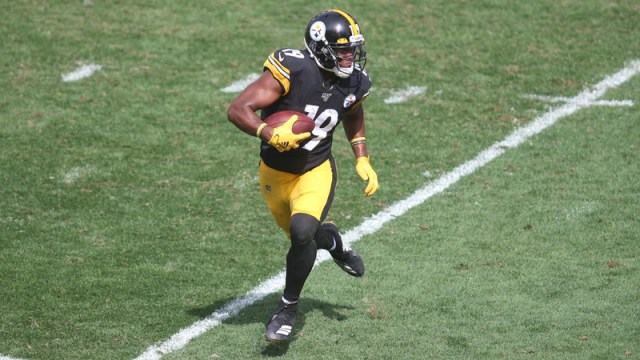 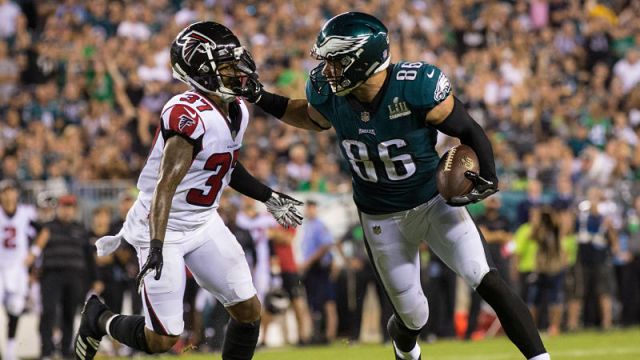