It was another miserable night for the Red Sox on both sides of the ball as Boston fell 11-3 to the Giants in Game 2 of the three-game set against at Fenway Park. The Sox utilized eight pitchers along the way, and they had their own struggles to cope with.

Jhoulys Chacin struggled a bit in his third start of the season for the Sox, allowing four runs to score through just 2 2/3 innings pitched.

GAME IN A WORD
Sad.

The longer this season goes, the sadder we get.

ON THE BUMP
— Chacin had some trouble early, allowing three runs to score in the first inning alone.

It all started with a Kevin Pillar grounder that drove in Mike Yastrzemski from third for the Giants’ first run of the inning. Stephen Vogt then knocked a two-run homer off the Pesky Pole to make it 3-0 San Fran through one.

After a seamless second inning, Chacin struggled again in the third. He was yanked from the game after giving up run No. 4 on a Brandon Crawford double that allowed Pillar to score from second.

— Bobby Poyner closed out the third with a strikeout to Cristhian Adames.

— Brian Johnson sat all six batters he faced in the fourth and fifth innings.

— Travis Lankins pitched a scoreless sixth, giving up just one single to Adames.

— Mike Shawaryn tossed a 1-2-3 seventh. He returned to the mound for the eighth, but didn’t have the same success.

The righty gave up a sacrifice fly to Vogt for the visitor’s fifth run of the game. Adames followed that up with an RBI single deflected off Marco Hernandez’s glove, making it 6-2. And that would end Shawaryn’s night.

— Colten Brewer nabbed the final out of the eighth.

— Hector Velazquez got the ball for the ninth but he didn’t have much luck.

After giving up a leadoff double to Aramis Garcia, the righty allowed Yastrzemski to drive home the Giants’ seventh run with an RBI single to left. Velazquez gave up run No. 8 on a Vogt force out.

— Ryan Weber tried to close things out in the ninth, but didn’t have much success, either.

The Giants brought their ninth run home after Crawford reached on an error with two outs in the inning. Two more runs would score just two batters later on a Mauricio Dubon RBI single, making it 11-2. Weber retired the side, but the damage was done.

IN THE BATTER’S BOX
— The Red Sox went hitless through 5 2/3 innings until Rafael Devers broke it up with a line-drive home run over the right field wall.

What were you doing at age 22? pic.twitter.com/Ue1p1SVMFW

— Sandy Leon drove in the Sox’s second run of the game in with a single in the seventh, trimming the Giants’ lead to two.

— Jackie Bradley Jr. bopped a solo shot off the top of the Green Monster for the Sox’s third and final run of the game in the ninth.

UP NEXT
The Sox will close out their three-game set against the Giants on Thursday, with Eduardo Rodriguez slated to take the mound for Boston. First pitch from Fenway Park is set for 1:05 p.m. ET 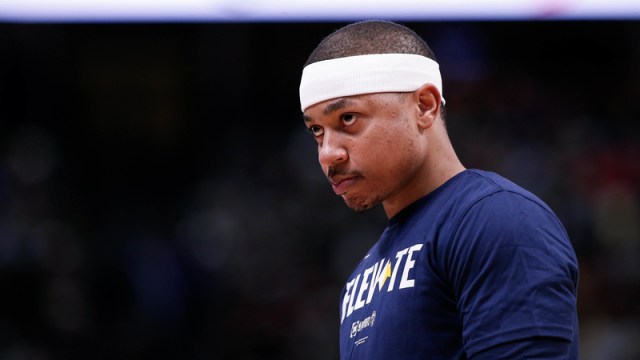 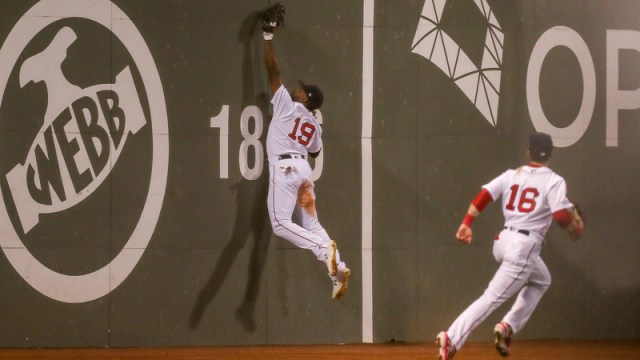