Losing a superstar talent normally would diminish a team’s chances of success.

That said, neither the Patriots nor Antonio Brown should be classified as normal, albeit for vastly different reasons.

The AB experiment in New England ultimately lasted a mere 11 days, as the franchise on Friday cut ties with the troubled wide receiver. The Patriots didn’t necessarily need Brown to begin with, but their offense had the potential to be among the all-time greats with the seven-time Pro Bowl selection in the fold.

Skip Bayless, however, likes New England’s make up much more with Brown out of town. The “Undisputed” co-host, who prior to the start of the season predicted the Patriots to win Super Bowl LIV, only became more confident in his projection after the 31-year-old was let go.

I now feel a little better about my preseason pick of the Patriots winning another Super Bowl. As great as Antonio Brown can be, I feared they'd fall into another Randy Moss trap of becoming too AB centric at the expense of spreading and running the ball.

Bayless’ line of thinking isn’t totally out there, as it to some degree likely would have been difficult for Tom Brady and Co. to not go out of there way to find Brown touches on a week-to-week basis. Still, it’s tough to imagine a scenario in which AB completely hijacked the Patriots’ offense. New England simply has too many weapons, all of whom have a much stronger grasp of the team’s plan of attack than Brown. There would have been no need to put all of the eggs in Brown’s basket like New England did Moss’ 12 years ago.

The beat will go on in Foxboro. As for AB, his football future couldn’t be more uncertain. 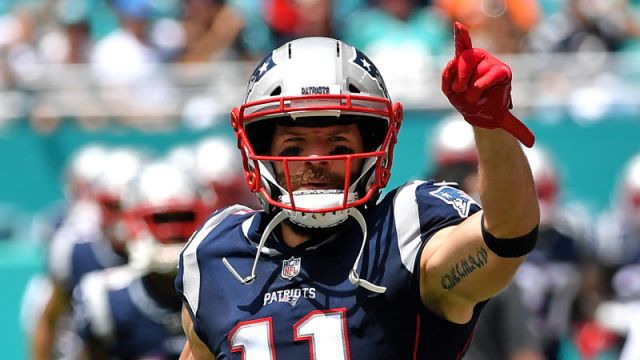 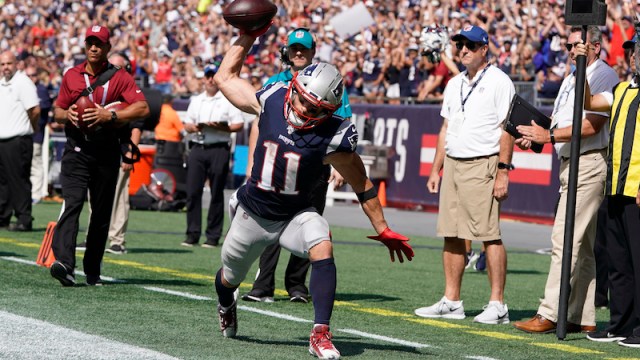 Julian Edelman, Josh Gordon Get Banged Up To End Patriots-Jets First Half