It’s unclear how the New York Giants will move the football Thursday night against the New England Patriots.

And the Patriots have the best defense in football.

Doug do you think Pats bring in another offensive weapon? #MailDoug
— @JCheatwood2
I’m 50-50 on this one. I think they could use a tight end or wide receiver, but we’ll see if they can pull off a deal. It takes two to tango, and the Patriots have some obstacles in the way of their salary cap. They would likely have to open up cap space to bring on an impact player.

The Patriots typically like to pull off trade deadline deals, but who’s available? And can they be had at the right price? We’ll find out before the deadline, which is Tuesday, Oct. 29 at 4 p.m. ET.

Who is the most likely WR the patriots would trade for ?
— @NickD622
I guess I would go with Denver Broncos wide receiver Emmanuel Sanders. The Patriots would have to create salary-cap room to pull off a deal even after releasing tight end Ben Watson.

I just think Sanders fits best and is on a team that might be willing to sell at the deadline.

It would be interesting to see the Patriots acquire two of their former receiver’s former teammate. Sanders played with Antonio Brown with the Pittsburgh Steelers and with Demaryius Thomas with the Denver Broncos.

They should definitely make a call to the Tampa Bay Buccaneers about underutilized tight end O.J. Howard, as well.

More likely move AJ Green to Patriots or Stefon Diggs to Patriots? #maildoug
— @adamdelong11
Green, since he’s on the last year of his contract, and because the Cincinnati Bengals are not contenders.

I don’t think the Minnesota Vikings want to trade Diggs after locking him up to a five-year contract extension. We’ll see, though. Diggs pretty clearly isn’t happy in Minnesota.

Of all of the new players on the team who has made the biggest impact on offense , defense and special teams
— @NickD622
I have to go with left tackle Marshall Newhouse on offense. He’s really been the only new regular contributor on that side of the ball.

Linebacker Jamie Collins would have to be the answer on defense.

And I’ll go with punter Jake Bailey on special teams.

Any insight on TB12 release stats? Seems like he’s holding the ball a lot longer these days.

I think those numbers are skewed by how often Brady is throwing the ball away with pressure bearing down. He doesn’t seem to trust his offensive line as much as he has in years past, which is understandable given the new faces.

Are the Pats keeping Michael Bennett fresh for the postseason or do they really not see him having a big role in the defense going forward? #MailDoug
— @JustinEldridge5
I don’t think Bennett’s lack of playing time is related to keeping him fresh for late in the season. I think the Patriots simply see his body type best used in a limited role. If the Patriots were using more four-man defensive fronts, as they have in the past, then he would probably be an every-down player at defensive end. But it doesn’t make sense to stray from linebacker-heavy alignments with the way Jamie Collins, Dont’a Hightower and Kyle Van Noy are playing.

The Patriots could use Bennett in Adam Butler’s role, but they seem to want a bigger player to be used as a five-technique defensive end on early downs and at nose tackle on third down.

What helped the Pats run game breakout in the second half vs Washington that wasn’t there before? It almost seemed like a light went off and suddenly they’re off and running. #maildoug
— @JefFullerMyself
The biggest factor was that the Patriots went big by using fullback Jakob Johnson and tight ends Ryan Izzo and Matt LaCosse. Going with 21 and 12 personnel really got Sony Michel going.

And the Patriots were pretty much forced to do that with Phillip Dorsett and Rex Burkhead out of the game. The Patriots could have either used rookie Jakobi Meyers as a third receiver or tried to run the ball with a fullback and tight ends on the field. They chose the latter, and it got the offense going.

Do you think all these rumors about AJ green are weird because wouldn?t you think someone like Tyler Eifert is more suitable for us with our current state at TE
— @Nate_Soto28
He could be an upgrade over their current group, but there isn’t a big reason to get excited about Tyler Eifert in the year 2019. He’s played more than eight games just twice in his career. He hasn’t played more than eight games since 2015. He only has one season with over 500 receiving yards. He has just 13 catches for 95 yards with a touchdown through five games this season.

I know Eifert is a big name and all, but he’s not exactly the offensive savior.

Is nkeal harry secretly going to be some multi tool offensive weapon that plays receiver and tight end? The way the defensive weapons can plug into multiple roles
— @midwayri
No, but N’Keal Harry could be a tough matchup because of his size and athleticism. When you see him walking around the locker room, he really looks like a linebacker. He’s a big dude.

Considering AB will probably win his grievance against the pats. What are the chances they bring him back? They have to pay him anyway why not let him play. #MailDoug
— @JewFro58
Did you happen to see what he tweeted about Robert Kraft?

How much of any given team’s success would you attribute to injury luck? #MailDoug
— @MrQuindazzi
I think it plays a big role. When the Patriots stay healthy, they generally win Super Bowls. When they don’t, like in 2015 and 2017, they don’t. The Patriots absolutely would have won the Super Bowl if they had Julian Edelman and Dont’a Hightower in 2017.

I might have forgotten something obvious. I hope I didn’t.

Doug, why did the Pats release Benjamin Watson when the tight end depth is equivalent to that of a trash can? #MailDoug
— @BlacktinUp
My guess is the Patriots didn’t think he would be a significant upgrade over Ryan Izzo and Matt LaCosse at the cap hit he was carrying. The Patriots freed up nearly $2 million by releasing him.

What is the likelihood we see a medium to big sized move to bolster our o-line? Or would it just be depth moves at this point?
— @speedofwhite
Slim. What position are you upgrading? Left tackle? Isaiah Wynn comes back Week 11 anyway. The Patriots only have four games before he’s eligible to return. They can get by with Newhouse in the meantime.

How are you feeling Doug
— @bum73726603
Actually not great. I woke up feeling sick. Hopefully, I’m doing better by Thursday night.

@DougKyed What are you doing?
— @couga189
I’m actually writing this from the NESN offices. I had to pick up some new NESN logo swag.

why did the patriots released AB #maildoug
— @michaelis4real
Because he sent intimidating text messages to someone who accused him of sexual misconduct.

In your opinion, what is the biggest factor for Jamie Collins? impressive resurgence this season: new scheme, seemingly new found motivation/attitude, or wealth of talent around him?
— @MattJM410
I think the scheme fits him better this time around. His best fit is as a 3-4 outside linebacker, and he’s finally able to play that role in New England. The talent around him helps too. As does the fact that he gets to play with Hightower and Kyle Van Noy.

What?s your favorite part about the new NESN logo!?
— @coxcourtney
Everything. Duh.

@Tim_McKone wants to know what is your favorite color?
— @NBC10_Joe
It’s either black, teal or royal blue. I think I’d have to say black.

What do you think of Patriots fans overall?
— @salvaje50
I think they’re among the best in all of sports, but they’re also incredibly spoiled.

Do you think the post Glenn Danzig misfits are over rated, under rated, or properly rated?
— @KidRob21
Overrated. I do like this song, though:

Which one should be rufus? next profile pic on IG: pic.twitter.com/cQRjISfl3q

I’d go with the top right picture, Emerson. I think it best shows off Rufus’ tenderness. 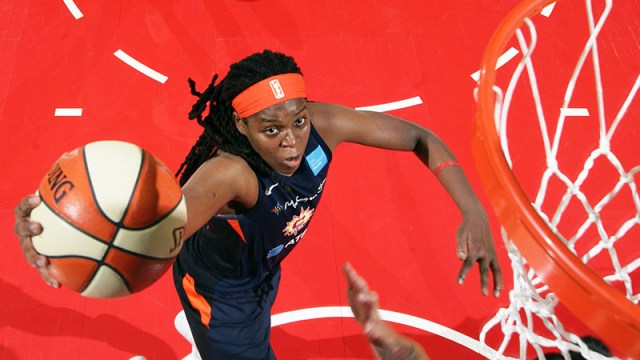 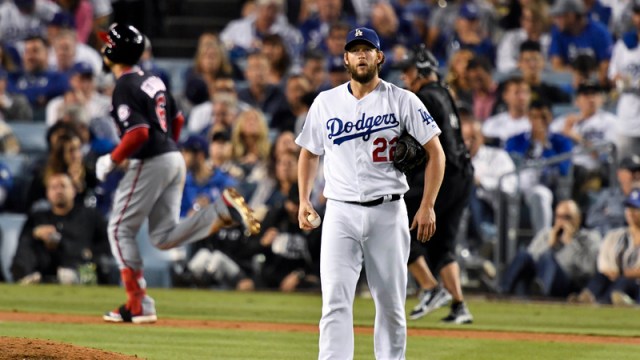