And two former Boston Red Sox players (and World Series Champions) appear to have loads of faith in the 42-year-old.

One of the first stops in Ross’ career was Cincinnati, kicking off his stint with the Reds in 2006. That’s where he met Bronson Arroyo, who was traded by the Sox for outfielder Wily Mo Peña during the same offseason. And while some catchers had struggled to figure out the righty’s quirky style, Ross managed to pick up on it rather quickly.

That, and Ross’ uncanny ability to bond with his teammates, impressed Arroyo.

“In my mind, what you’re looking for in a manager is a guy who can play both sides,” Arroyo said in a phone conversation with The Athletic’s Jon Greenburg. “He can make you feel like he’s still a player, kind of like (former MLB manager) Dusty Baker, but when it’s time to get serious, he’s going to command that type of respect.”

Six years later, Ross wound up in Boston, where he met Jonny Gomes. The pair spent a fair share of time together in the dugout during the Red Sox’s 2013 World Series run, during which Gomes learned just how unique a baseball mind Ross had.

“He definitely, a hundred percent carried himself as a manager on the bench,” Gomes said, per Greenburg. “Not like that was he doing things more important than the manager, but the way he watched the game, he watched it through manager eyes. It was super-fun to sit next to him during a major league ballgame. He and I would both trade in a heartbeat to play, but believe it or not there’s not that many people that are fun to watch a game with. Because they’re either bitter that they’re not playing or they’re slumping and they’re not playing. So bench life can be miserable.”

But how will he handle managing players he once played with? While this could pose a problem for some former players, Arroyo believes Ross has one key characteristic working in his favor.

“To me, that inauthenticity does not (expletive) work,” Arroyo said, per Greenburg. “It doesn’t mean doing the same things you’ve always done, but at the end of the day you shouldn’t be David Ross and be like I can’t go over to Jon Lester’s house. I just think maybe you leave the party a little earlier. Maybe you don’t drink as much. Maybe you don’t do all the shenanigans you used to do. But at the end of the day, you cannot be a total fake and a fraud. Players can sniff that out.” 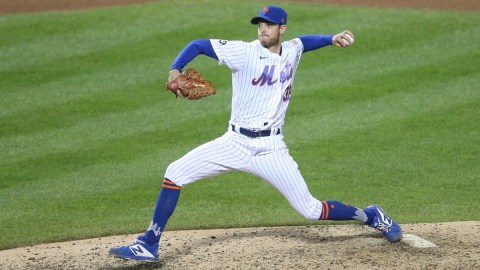