FOXBORO, Mass. — The Kansas City Chiefs are champions of the AFC West, but their Week 14 against the New England Patriots didn’t come without injury to one of their stars.

Patrick Mahomes, who completed 26 of his 40 passes for 283 yards with a touchdown and interception in Kansas City’s 26-13 win over the Patriots, appeared to injure his throwing hand during Sunday’s game at Gillette Stadium. The quarterback could be seen grabbing at and shaking his hand throughout the course of the game.

But it doesn’t appear to be too serious, at least according to head coach Andy Reid.

“Pat hurt his hand early in this game. We think it’s OK. We’ll see how it goes. It was hard for him to grip the ball. … But he powered through it, didn’t say much. That’s how he is.”

Mahomes also weighed in on the injury, adding it didn’t “feel great” after the game.

“It doesn?t feel great right now but it?s something that you play with,” he said. “In this sport, you?re gonna get hurt. You?re gonna bang something. And so for me, it?s about going out there and competing.”

So, what happened exactly?

“I just kind of hit the ground weird when I was throwing the ball away,” Mahomes explained. “? I knew something was wrong, but I didn?t know for sure. And I tried to fire that next pass and it didn?t look too pretty. So I just let the trainers look at it, they gave me the good to go so I went out there, battled. Figured out ways to throw the ball across the middle.”

And did he ever think of coming out of the game?

Fair enough. But it sounds like he may be sore in the coming days. And now that Kansas City claimed the AFC West title, Mahomes will want to be as closer to 100 percent as possible for the playoffs. 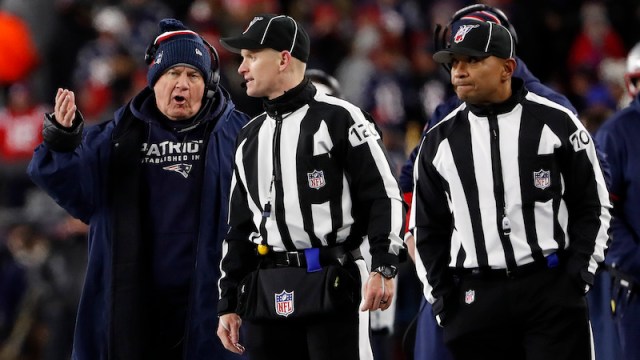