CINCINNATI — When all was said and done, there was reason to be optimistic about the New England Patriots’ offense after they toppled the Cincinnati Bengals 34-13.

The Patriots carried the ball 32 times for 175 yards with a touchdown, and that included two kneel-downs from quarterback Tom Brady. It was the most yards the Patriots have gained on the ground all season. Their previous high came in Week 13 against the Houston Texans when they rushed for 145 yards.

The Patriots trailed the Bengals 10-7 after the first quarter, but after they were able to take a 13-10 lead off of a fourth-down stop, recover a muffed punt and two field goals, they relied on their rushing attack to put the game away, totaling 76 rushing yards on 14 carries to eat up nearly nine minutes off the clock in the final period.

Granted, this was against a very bad Bengals team, but the Patriots’ offense might have found a bit of an identity after searching for one all season.

So, what propelled Sony Michel, Rex Burkhead and James White?

“Up front, it starts with the offensive line,” Burkhead said. “They were physical until the end. We’re doing the drill at the end, and they’re still finishing the game off.”

The offensive line, humble as always, passed the credit off elsewhere.

“I think our coaches did a great job,” center Ted Karras said. “I think everyone took it upon themselves this week to work on their craft even harder than we try to do normally. It came together in the second half for us.”

“Guys just executed their assignments today,” Michel said. “We had the mindset of trying to play physical, and I think we did that a little bit today.”

Part of the reason why the Patriots were able to run the ball so well was that they were playing with a lead in the second half. And many of those points came off of stout plays on special teams and defense. On top of the fourth-down stop and recovered muffed punt, the Patriots also scored defensively off of a Stephon Gilmore pick-six.

And the marriage of special teams, defense and offense is how the Patriots will have to win down the stretch and into the playoffs without a high-powered passing attack.

“That is the key,” head coach Bill Belichick said. “You have to capitalize on those two areas. You don’t always control the ball on offense or defense. Many times field position is a result of special teams and you get it where you get it. You can’t always control where they get the ball. However, what you can control is getting the ball in the end zone, and that is a good thing.”

Now we’ll see if the Patriots can find similar success on the ground in Week 16 against a tougher foe in the Buffalo Bills. But Sunday’s returns were positive as the Patriots improved their record to 11-3. 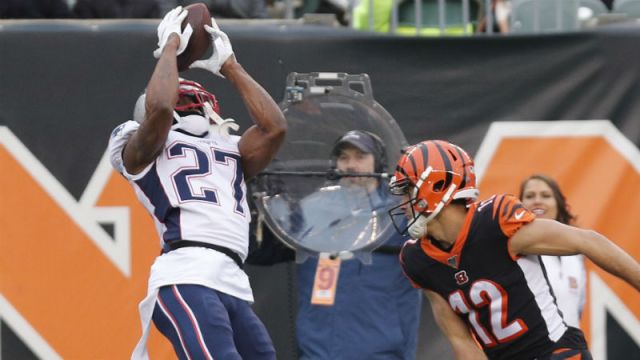 How J.C. Jackson’s Receiver Skills Are Paying Off For Patriots’ Secondary 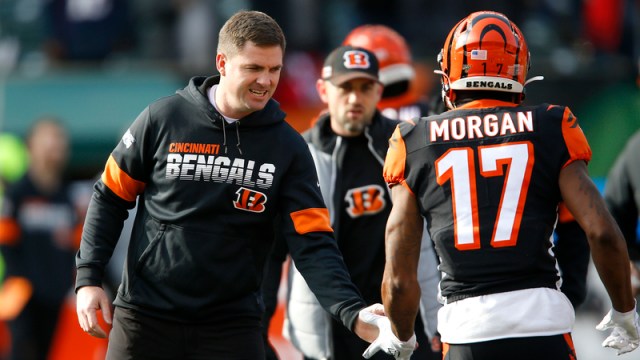