Antonio Brown is reportedly in a Florida jail after turning himself in to police Thursday night, according to TMZ Sports.

A warrant was out for Brown’s arrest Wednesday after he and his trainer, Glenn Holt, allegedly assaulted a moving truck driver outside of Brown’s home in Hollywood, Fla. on Tuesday. He is facing charges of felony burglary with assault, unoccupied conveyance and criminal mischief.

Holt was arrested Wednesday for felony burglary with assault and bonded out of jail the same day.

Brown’s attorney Eric Schwartzreich has advised the NFL wideout not to comment at this time.

“He’s innocent of these charges,” Schwartzreich told CBS Miami’s Carey Codd. “Hopefully we?ll get bond tomorrow and he?ll be acquitted of all charges.”

Brown is no stranger to legal problems. Over the last year, he’s been in trouble with the law on numerous occasions, from accusations of sexual assault by his former trainer Britney Taylor to the trashing of a multi-million dollar condominium in Florida. 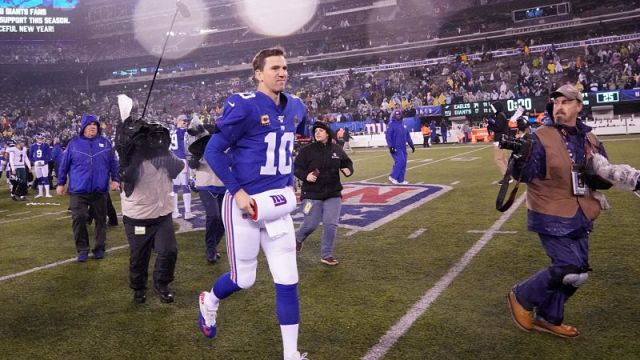 Peyton Manning Says Eli’s Retirement From NFL Will Be Bittersweet 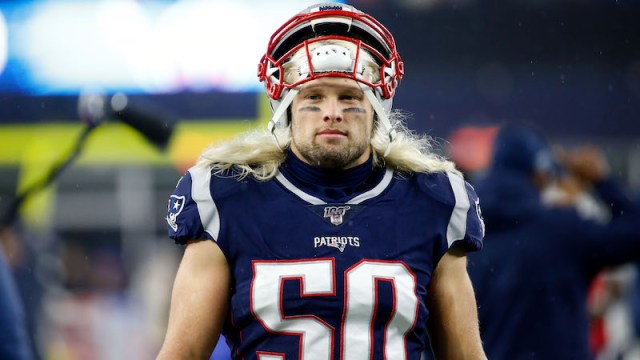 Patriots Mailbag: Why Chase Winovich Should Generate Excitement In Year 2