In case you missed it, Julian Edelman reportedly was arrested Saturday night for misdemeanor vandalism. The New England Patriots receiver was given a citation and eventually released by police.

As you might expect, Wright had something to say about the situation. And, well, the notorious Patriots hater failed to offer anything remotely close to insightful.

I?m sure this will be dealt with in the media with same seriousness of @obj?s multiple criminal violations, such as wearing an expensive watch, wearing a multicolor visor, and wearing mismatched shoes. https://t.co/6TPrg4TDQ0

Comparing the reaction to Beckham’s on-field fashion choices to whatever reaction Edelman’s arrest generates is a false equivalence. If you want to make a point about how unfairly Beckham is treated, compare him to another player who also has worn non-traditional things on the field, or something.

But if your point is about Edelman’s preferential treatment, compare him to another player who has committed a similarly trivial crime, for which they have been overly criticized.

Then again, all of this would require Wright to use some level of nuance. This likely is far too much to ask of him. 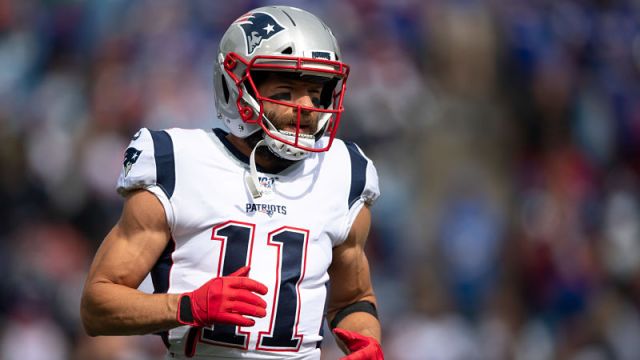