Netflix’s recently released Aaron Hernandez documentary did not sit well with one of his former New England Patriots teammates.

Safety Devin McCourty, who was part of the same Patriots draft class as Hernandez in 2010, shared a scathing review of “Killer Inside: The Mind of Aaron Hernandez” during the latest episode of his “Double Coverage With the McCourty Twins” podcast.

McCourty’s sharpest criticism of the film was the effect its release has had on the family of Odin Lloyd, whom Hernandez was convicted of killing in 2013.

“I wasn?t a fan,” McCourty said on the podcast. ?And I think the thing that was really disgusting about the whole thing wasn?t the documentary?s fault per se, but I was listening to the radio today, and because the documentary has come out and now everyone?s talking about ?Hey, did you see it? What happened?? the family of Odin Lloyd has received messages via social media, people sending letters, like, telling them they did a horrible thing and they brought Hernandez down.

“And I?m sitting here like, this family lost their son, their brother, their big cousin. A community lost a young man, and people had the audacity to reach out to this guy?s mom and really say stuff like that. Whether that?s your opinion or not — have whatever opinion you want once you watch the documentary, but why go the extra step and make sure your opinion?s heard by someone who?s already dealt with this loss? I?m sure at some point she?s moved on a little bit, and now she?s reliving the whole thing. Because it?s been on the news — it?s just been everywhere.”

McCourty also had complaints about the documentary itself, saying the people interviewed for it couldn’t possibly paint an accurate picture of Hernandez’s mental state. The film featured new commentary from just one of the tight end’s Patriots teammates (cornerback Leigh Bodden) and none of the players he played with at the University of Florida.

“The documentary?s called, like, ?Getting Into the Mind of Aaron Hernandez.? How?” McCourty said. “You interview (former Patriots offensive lineman Ryan O?Callaghan), who didn?t know him. You interview Leigh Bodden, who kind of played with him but was on IR. Jermaine Wiggins didn?t play with him. (Chris Borland) from San Francisco, who retired early, linebacker, didn?t play with him. I don?t even think he was in the league until, like, two or three years after all of this happened.

“And then you had a bunch of people from high school — from the way-back past. So it was like, all right, we got the high school. We got some of the early life. We already got that, though. We already knew that. There was no bridge. I just felt like the documentary had (an angle) like, ?We want people to walk away with this.’

“I think good documentary, you watch and I feel like usually everyone walks away with something that they have thought from a documentary that?s just filled with information, stuff you didn?t know. This, to me, was just like, ?We want you to walk away and think that he was homosexual and he had CTE, and that?s why all of this happened.? And to me, when I watch a documentary, I want to watch and then manifest and think of stuff on my own. I just felt like it was just directly at that the whole time.”

Hernandez has been the subject of several documentaries, books and podcasts since his death by suicide in 2017. McCourty hopes this is the final time his story is revisited.

“I hope this puts the whole thing to bed,” McCourty said. “It?s a very sad story. Within the story, multiple lives lost, kids growing up without fathers, mothers losing — it?s just a very tough story. So hopefully, (we can all be) like, ?All right, let?s all let this go. Let?s let it be whatever it is, and let?s all move on. Let?s stop digging into this.’ ” 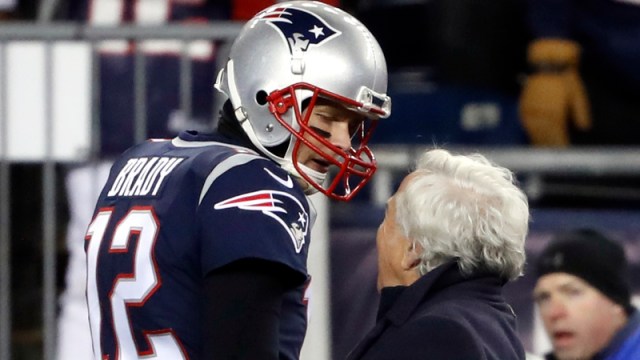 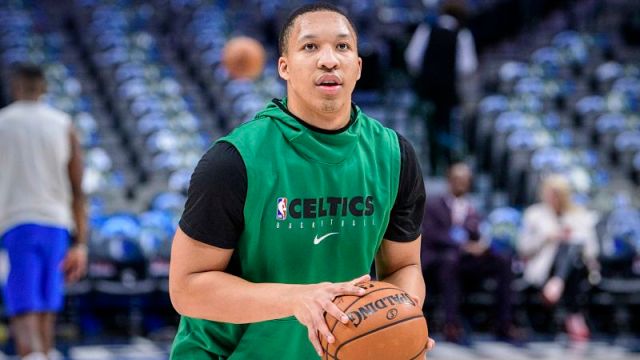