The Clippers had no answers for Jayson Tatum on Thursday night.

Tatum registered a game-high 39 points in the Celtics’ thrilling, double-overtime win over the Clippers at TD Garden. The 21-year-old was particularly sharp down the stretch, scoring 17 combined points in the fourth quarter and overtime frames.

Los Angeles head coach Doc Rivers joked before the game he didn’t need any more growth out of Tatum considering he’s already become a thorn in the Clippers’ side. Unfortunately for Rivers and Co., the swingman turned in one of the best performances of his young career to help guide Boston into the NBA All-Star break on a high note.

After the game, Rivers couldn’t help but wonder how high Tatum’s ceiling really is.

“Can you imagine five years from now what he?ll be? He?s one of the better players in the league and an All-Star, yet we?re still talking about how young and how much better he?ll be,” Rivers said, per MassLive. “He?s going to be amazing.”

Green teamers certainly are hoping Rivers’ projection for Tatum comes to fruition, and as of now, there’s no reason to believe it won’t. 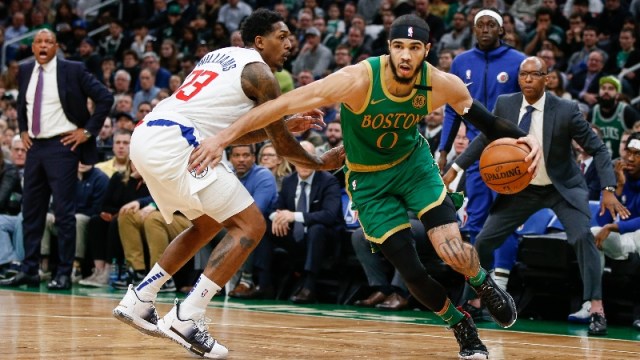