The Dallas Cowboys already have a solid quarterback in Dak Prescott.

But what if they could land Tom Brady?

That’s the hypothetical being tossed around in the days since Michael Irvin last week floated the idea of Dallas potentially placing the franchise tag on Prescott, only to then turn around and trade him while signing Brady in free agency.

Stephen A. Smith seems to like the idea, explaining Monday on ESPN’s “First Take” why it would make sense for the Cowboys to consider such a move even though Prescott, who’s turning 27, provides more long-term value than Brady, who’s turning 43.

“When I look at Tom Brady, I think it’s a travesty how people have talked about him this year considering what Bill Belichick gave him to work with,” said Smith, who has defended Brady numerous times since the Patriots’ wild-card round loss to the Tennessee Titans. “Obviously Antonio Brown messed up. Josh Gordon had to go, OK? You’ve got guys like Jakobi Meyers — not Jacoby & Meyers, the law firm — but Jakobi Meyers, (Matt) LaCosse the tight end. You had 38-year-old Ben Watson, because (Rob Gronkowski) had retired. Look at all the stuff that you were working with. Tom Brady only had Julian Edelman to work with and James White.

“So when I think about that, what he had to work against and what have you, I’m saying now take that particular situation and put Tom Brady — and his experience, his knowledge, his championship pedigree — in Dallas. I’ve got Ezekiel Elliott behind me running the football. I’ve got this offensive line that’s going to protect me. I’ve got a No. 1 (wide receiver) in Amari Cooper. I’ve got a reliable tight end — at least to some degree no matter how old he is — in Jason Witten, who can be somewhat of a security blanket. … Give Tom Brady those weapons, and I’m saying for one season.”

Prescott, a two-time Pro Bowl selection, is coming off a strong 2019 season in which he threw for 4,902 yards with 30 touchdowns to 11 interceptions. The Cowboys still went just 8-8 and missed the playoffs, though, and Smith can’t help but wonder whether Brady would be more apt to take charge if Dallas’ coaching fails him.

“Here’s the key: Dak Prescott goes along to get along. That’s not an insult. He’s younger in his career, so you’re gonna defer to your offensive coordinator, (owner) Jerry Jones, (head coach) Jason Garrett at the time. Tom Brady’s Tom Brady,” Smith said. “(He can say) ‘Excuse me, this is what we need to do. We’re not gonna forget about Ezekiel Elliott, who’s running the football effectively. We’re not gonna forget about (Michael) Gallup, who’s got an advantage on the outside or the right side or the left side. We’re not going to do those things.’ The fact that you have that leadership — he can be a general on the football and you don’t have to defer to the absence of coaching I believe they had in Jason Garrett and Kellen Moore as your offensive coordinator. I think that Tom Brady would be a better option.”

Of course, it’s very important to note that Garrett is out as the Cowboys’ head coach, with Mike McCarthy taking over ahead of the 2020 campaign. Whether that’ll lead to more success is up for debate, but Brady signing with Dallas undoubtedly would shake the NFL landscape to its core. 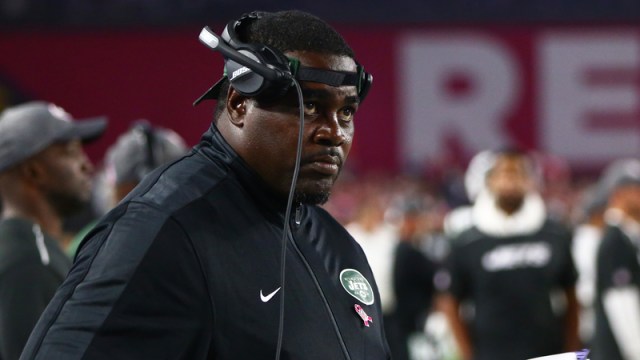 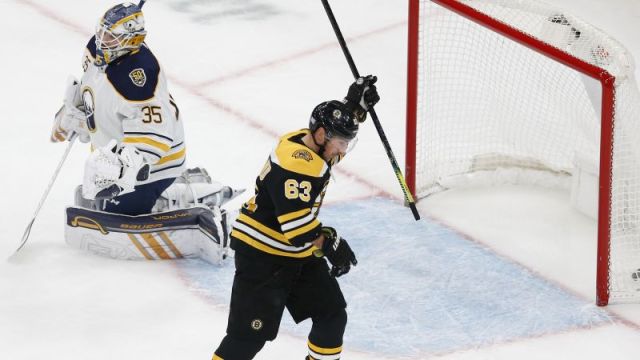