Tom Brady Explains Why He Signed With Bucs After Leaving Patriots - NESN.com Skip to content

Why did the most successful quarterback in NFL history choose to join a franchise synonymous with mediocrity?

“It’s an exciting moment for me in my life,” the former New England Patriots star said during the call, which was held in lieu of a typical introductory news conference due to COVID-19 restrictions. “… I don’t want to get into any (details about) the process of the decision I was making at the time, but there were a lot of things that were really intriguing to me about the organization — the players and the coaches and the willingness of everyone to try to accomplish what the goal of football is, which is to win.

“So I’m going to try to do everything in my position and what I’m responsible for to make that happen, and I’ve got to trust that everyone is doing the exact same thing. That part, it’s no different.”

Brady played his first 20 NFL seasons in New England, spearheading, along with head coach Bill Belichick, one of the greatest dynasties in American sports. With Brady at the controls, the Patriots won a record six Super Bowls, played in three others and reached eight consecutive AFC Championship Games — a streak the Tennessee Titans snapped earlier this year.

The surefire Hall of Famer now joins a Buccaneers team that has appeared in just one Super Bowl since its inception in 1976 — Jon Gruden’s 2002 squad beat the Oakland Raiders in Super Bowl XXXVII — and has not reached the postseason since 2007. Tampa Bay pushed for a playoff spot last season but dropped its final two games to finish 7-9.

“Obviously, where I’ve been, I’ve learned a great deal,” said Brady, who reportedly received offers from just the Bucs and Los Angeles Chargers in free agency. “And as I move forward, as I said the other day, no one cares what you’ve done in the past. They don’t care what you did last year or five years ago or 10 years ago. I think, hopefully, the knowledge I’ve had in my experience playing quarterback will allow me to transition quickly. There’s a lot of things I’ve got to get up to speed on — obviously, learning different terminology — and that’s a unique challenge that I haven’t faced. But it’s one that I’m looking forward to, also.

“I’m not going to make a bunch of predictions to where I’ve been. I go in looking for an opportunity to learn from the new coaches and the new players that I’ll be playing with, and I’m going to give it everything I’ve got.”

Despite their lackluster track record, the Buccaneers do boast an impressive supporting cast — wide receivers Mike Evans and Chris Godwin, tight ends O.J. Howard and Cameron Brate, running back Ronald Jones, a solid defense — and an offensive-minded head coach in Bruce Arians who’s known for his work with top-tier QBs.

“I’ve watched (Arians’) offense over a long period of time with a lot of different quarterbacks have a lot of success,” Brady said. “It’s a great offense for the quarterback. It’s a great offense for the receivers, for the tight ends, for the running backs. … There’s some really talented players here in this offense who have very unique skill sets. It’s really my responsibility to — I have one ball, and I’ve got to deliver that ball to the guy who can do something with it.”

Brady’s first order of business will be developing a rapport with Evans, Godwin and the rest of his new teammates, and with Arians as a play-caller and Byron Leftwich, the former NFL quarterback, as an offensive coordinator. Doing so will be particularly difficult this offseason, as spring workouts already have been delayed and could be wiped away entirely due to coronavirus concerns.

“There’s a lot of ground to make up, because I haven’t worked with these players, and I’m going to have to learn what they do and their body language and how they like things,” Brady said. “That’s part of the challenge. It’s unfortunate what we’re going through in our world; it presents different challenges for all of us. So as soon as we have the opportunity to all be together in one place, we can really start working toward that, and that’s what I’m going to do.” 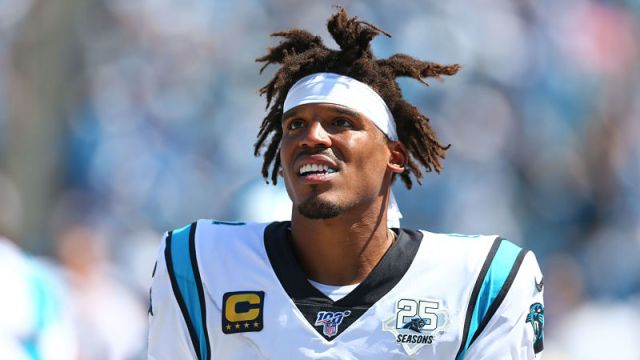 NFL Rumors: Panthers Tried To Work Out Cam Newton Trades With These Teams 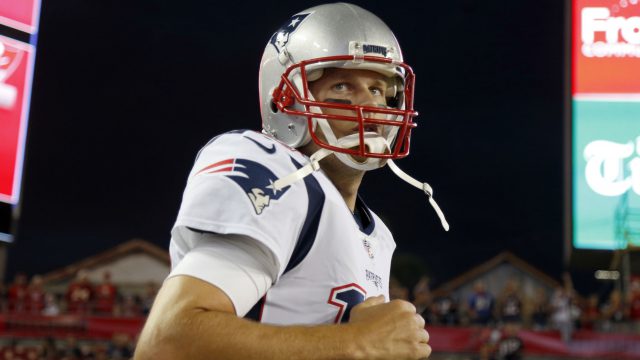