Marshall Leonard remains a capable defender in his new career.

The former New England Revolution defender, who now works as an emergency-room doctor in New York City, delivered a gripping message to athletes Wednesday night during his appearance on ESPN’s “SportsCenter With Scott Van Pelt.” After acknowledging the paralyzing uncertainty many athletes feel as they wait to resume play amid the coronavirus outbreak, Leonard explained to them why it’s so important for them to do whatever it takes to stay in shape.

“… I’m a sports fan, I was an athlete previously before, and all the health care providers we’re missing sports just like everybody else,” Leonard said. “As an athlete, I can’t imagine not having a season all of a sudden. One day you wake up and you can’t finish out a championship, you worked so hard for that.

“We’re not able to watch it on TV (as healthcare workers). That (used to) give us a lot of relaxation, we come back from a hard shift, we sit back and watch a game. I know I do, and I know a lot of my colleagues do.

“… (athletes should) Use this time — and I know it’s completely awkward — use this time to keep yourself in whatever shape possible because when this is done, I’m telling you right now, we need you. We’re doing our thing now but after this we’re going to need you because we’re going to want to watch those games at a high level as well.”

These words undoubtedly will resonate with players and fans alike during these unsettling times.

After finishing his medical residency in 2019, Leonard officially became an attending ER doctor this week in New York City, the epicenter of the coronavirus outbreak in the United States. 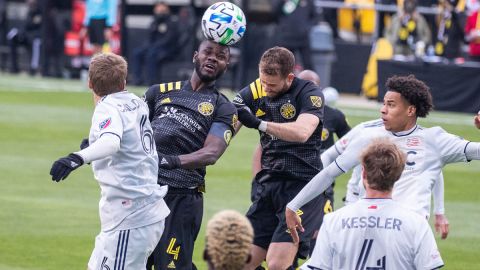