How Patriots Can Fill Defensive Line Need In Each Round Of 2020 NFL Draft - NESN.com Skip to content

Leading up to the 2020 NFL Draft, we’ll find fits at every position and in every round for the New England Patriots. Next, we’ll take a deep dive on defensive tackles.

The 2020 defensive tackle draft class is one of the fastest in recent memory, which is great news for everyone except the New England Patriots. So, while it’s a great year to find a penetrating three-technique defensive tackle, the Patriots don’t typically utilize those types of players, and they already have one they like in Adam Butler.

With that in mind, here’s this year’s crop of defensive tackles who were invited to the NFL Scouting Combine: FIRST ROUND: Javon Kinlaw, South Carolina
Kinlaw could very well be gone by the time the Patriots are picking 23rd overall, but he didn’t work out at the NFL Scouting Combine because of knee tendinitis suffered at the Senior Bowl. If we’re simply looking for the best first-round fit for the Patriots, it’s Kinlaw, who has ideal size for a five-technique defensive end at 6-foot-5, 324 pounds. He registered 40 total pressures on 329 pass-rush snaps in 2019. He’s the closest thing to a Richard Seymour or Stephon Tuitt-type defender in this year’s class. He also was a team captain in 2019.

SECOND ROUND: Raekwon Davis, Alabama
Davis is more of a two-down player, but he also has ideal size at 6-foot-6, 311 pounds. He wasn’t overly productive as a pass rusher with 26 pressures on 376 opportunities, but he could be an elite run defender as a three-technique defensive tackle or five-technique defensive end.

FOURTH ROUND: DaVon Hamilton, Ohio State
Hamilton is another two-down player who could have some versatility on the defensive line at 6-foot-4, 320 pounds. He’d be an ideal fit as a two-gapping defensive lineman in the Patriots’ defense with the potential to play some nose tackle. He could be an immediate contributor.

FIFTH ROUND: McTelvin Agim, Arkansas
Agim has more upside as a pass rusher than Davis, Fotu or Hamilton because of his athleticism, though he wasn’t as consistent as those players during his college career. He tested very well with a 4.98-second 40-yard dash with a 7.55-second three-cone and 4.66-second short shuttle at 6-foot-3, 309 pounds.

SIXTH ROUND: Bravvion Roy, Baylor
Roy, oddly, wasn’t invited to the NFL Scouting Combine. He’s a pure nose tackle at 6-foot-1, 330 pounds, but he showed some impressive pass-rush production with 51 total pressures on 416 pass-rush snaps in 2019. He does have very short 30 1/8-inch arms, which could be a problem in the NFL.

SEVENTH ROUND: Raequan Williams, Michigan State
He’s another potential two-gapping defensive lineman at 6-foot-4, 308 pounds. He only managed 34 pressures in 352 pass-rush snaps but could be coached up as a run defender. He was another team captain in 2019. 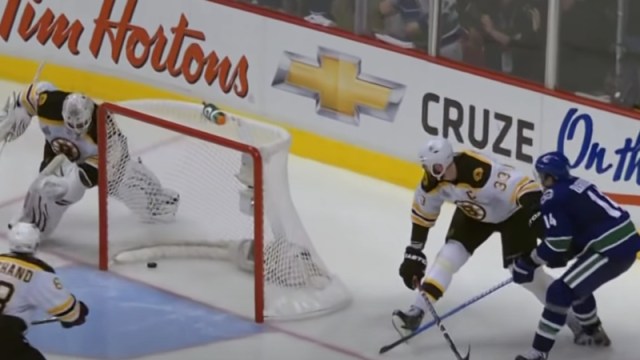