The New England Patriots did the unthinkable last spring when they finally drafted a wide receiver in the first round for the first time in Bill Belichick’s tenure as head coach.

The Patriots grabbed N’Keal Harry out of Arizona State with the 32nd overall pick. They previously had taken four wide receivers in the second round as high as the 36th overall pick.

Compared to the NFL average, the Patriots highly covet wide receivers who run quick 3-cone and short-shuttle drills that measure agility and change of direction. Matthew Slater has the highest 3-cone and short shuttle of any Patriots wide receiver drafted, and he’s a special-teams player.

Harry had slightly higher than usual 40-yard dash, 3-cone drill and short-shuttle times but he’s also the heaviest — and strongest — wide receiver the Patriots ever have drafted.

With all of that information in mind, here are the top wide receiver prospects from the 2020 NFL Draft class.

More Patriots: How New England Can FIll No. 3 QB Vacancy Mims and Claypool are both, unsurprisingly, fringe first-round prospects, given their size and athleticism. It’s odd to see a prospect like Mims with such a low 3-cone drill and high short shuttle. The Patriots have been willing to look past relatively high short-shuttle times in the past when they selected Taylor Price, Aaron Dobson and Malcolm Mitchell, though 4.43 seconds is particularly slow.

Mims was one of only two wide receivers to ace the 3-cone drill. Only three other players even ran the 3-cone in under 7 seconds.

Pittman’s measurables are pretty freaky for a player of his size. He’s also a fringe first-round prospect.

Dalton Schoen was not invited to the combine. He was one of very few players who actually was able to work out at a Pro Day before they all were canceled. He caught 92 passes for 1,569 yards with nine touchdowns in his last three seasons at Kansas State. He’s a late-round prospect and a bit of a sleeper.

This class is missing an undersized slot receiver with stellar agility and quickness testing numbers. Guys like Lynn Bowden and K.J. Hill might have been that player, but they didn’t run the 3-cone nor short shuttle and won’t have a chance to do it at a pro day.

Despite using last year’s first-round pick on a wide receiver, the Patriots still have a need at the position. They should look to grab a wideout in the early or middle rounds of the 2020 NFL Draft. Players like Mims, Claypool, Pittman and John Hightower are probably the best athletic fits, all things considered. 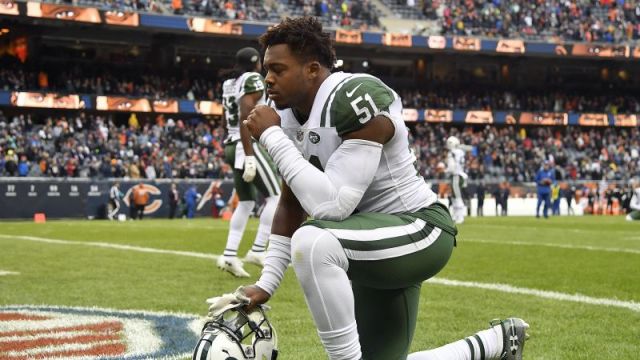 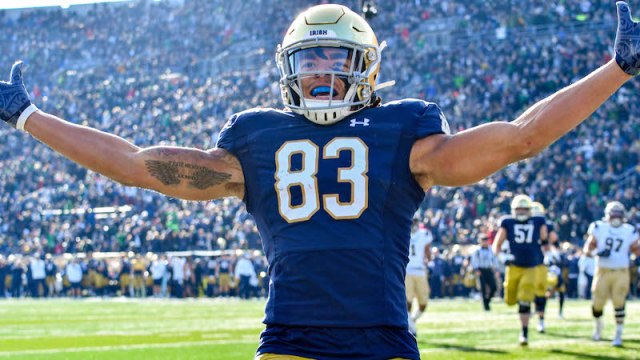