The Patriots could go a number of different directions with their first few picks in the 2020 NFL Draft.

New England desperately needs pass-catching help, and also could use boosts on both the defensive and offensive line. And with Tom Brady no longer in the picture, we probably shouldn’t rule out the Patriots spending one of their top selections on a quarterback.

NFL draft analysts Chad Reuter and Lance Zierlein on Monday went through all 32 teams and highlighted who they believe would be the ideal first two picks. For the Patriots, who first pick at No. 23 overall and then not again until No. 87, Reuter and Zierlien tabbed Penn State pass rusher Yetur Gross-Matos and Florida wideout Van Jefferson, respectively.

“Bill Belichick covets size and length along the edge from his defensive linemen and Gross-Matos fits that mold,” Reuter and Zierlien wrote for NFL.com. “He’s an ascending talent with loads of potential. Jefferson’s father, Shawn, is a former NFL wide receiver and the current receivers coach for the Jets, so Van’s elite route-running should come as no surprise and gives him a shot to become Julian Edelman’s eventual replacement.”

Reuter and Zierlien aren’t the only analysts who expect New England to address its front seven early in the draft. ESPN’s Todd McShay and NFL Network’s Daniel Jeremiah both have the Patriots selecting Iowa EDGE A.J. Epenesa at No. 23 in their respective mock drafts. As for Jefferson, he arguably would be a first-round pick in most years, but the 2020 WR pool is incredibly deep. New England probably would be lucky to land Jefferson in the middle of the third round, but it’s not impossible. 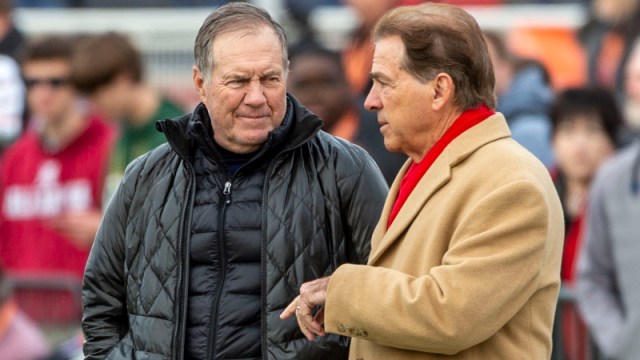 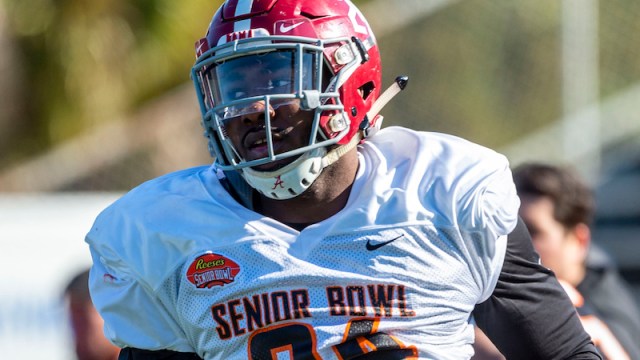