While Stidham and Hoyer square off for Tom Brady’s old seat — with the former entering camp as the favorite — undrafted rookies J’Mar Smith and Brian Lewerke will look to prove they deserve to be the third man in New England’s quarterback room.

In the latest installment of our Patriots rookie film review series, we’re taking a closer look at Smith, the more intriguing of the two QB prospects.

First, the basics: Smith was a three-year starter at Louisiana Tech. After a nondescript junior season in 2018 (57.3 percent completion rate, 6.9 yards per attempt, 15 touchdowns, 10 interceptions), he elevated his game as a senior, completing 64.3 percent of his passes with an 8.1 yards-per-attempt average and an 18-5 touchdown-to-interception ratio.

The 2019 Bulldogs went 10-1 in games Smith started — their lone loss coming on the road against 10th-ranked Texas in Week 1 — and Smith was voted Conference USA’s Offensive Player of the Year.

There are shades of Jordan Love in Smith’s game.

The best example of this came last October in a win over Southern Miss. Smith ducked under an interior pass rusher to avoid a sack, scrambled to his left (away from his throwing arm) and fired a 40-yard laser off one foot. His receiver made a diving catch inside the 5-yard line, and Louisiana Tech scored one play later.

Smith, who played a year of baseball in college after being drafted by the San Diego Padres in 2015, also throws a gorgeous deep ball from the pocket.

He was Pro Football Focus’ 16th-highest-graded deep passer in college football last season — ahead of Love, Justin Herbert, Jalen Hurts, Jacob Eason, Jake Fromm and several other drafted QBs — going 22-for-55 for 712 yards with eight touchdowns and one pick on passes that traveled 20-plus yards in the air.

Smith tossed three such touchdown passes in a late-season win over UTSA, including this moonshot:

More Patriots: Can This Undrafted Wideout Be Pats’ Next J.C. Jackson?

Smith wasn’t a prolific rusher in college — Lewerke had more ground yards than him in each of the last three seasons — but he’s capable of making plays with his legs. He scored 15 rushing touchdowns in 43 career games and wasn’t shy about keeping the ball in Louisiana Tech’s zone-read-heavy spread offense.

Excluding yardage lost on sacks (which the NCAA includes in a QB’s rushing stats), Smith carried the ball 43 times for 178 yards and three touchdowns over his final five games, including six rushes of 10-plus yards and two of 20-plus.

There of course are flaws in Smith’s game, too. He did go undrafted, after all.

Though he threw interceptions on just 1.36 percent of his passes last season, Smith’s decision-making and field vision could be suspect at times.

In the aforementioned Texas loss, he tried to force a red-zone pass into a crowd of Longhorn defenders and later threw a ball directly to a dropping linebacker for a pick-six. Against Southern Miss, he badly underthrew a deep ball that was picked off and targeted a tightly covered wideout in the end zone, nearly resulting in another interception. And despite his solid completion percentage, he had his fair share of overthrows and misfires in the games we reviewed.

Smith also is on the smaller side for an NFL quarterback (listed at 6-foot-1, 218 pounds; no official pre-draft measurements) and will need to adjust to New England’s offense after rarely lining up under center in college.

Despite his strong senior season, Smith wasn’t invited to the NFL Scouting Combine and received practically zero national attention during the pre-draft process.

Perhaps his profile would’ve been higher had he: 1) not been suspended for two key games in mid-November for an unspecified team rules violation — Louisiana Tech lost both, costing them a spot in the C-USA title game and a possible New Year’s Six bowl berth — and 2) not closed out his college career with his worst game of 2019.

Smith scored both of his team’s touchdowns (one passing, one rushing) in a 14-0 win over Miami in the Independence Bowl, but he also completed just 46 percent of his passes (13 of 28, season-low 163 yards), repeatedly sailed throws over receivers’ heads and showed poor pocket awareness on three Miami sacks.

The most likely landing spot for Smith is on the Patriots’ practice squad, especially since he’ll see limited reps with organized team activities moved online due to COVID-19. He’s has upside, though, and could earn a roster spot as QB3 behind Stidham and Hoyer with a strong preseason.

More Patriots: Can This 5-Foot-5 Running Back Find Role In New England? 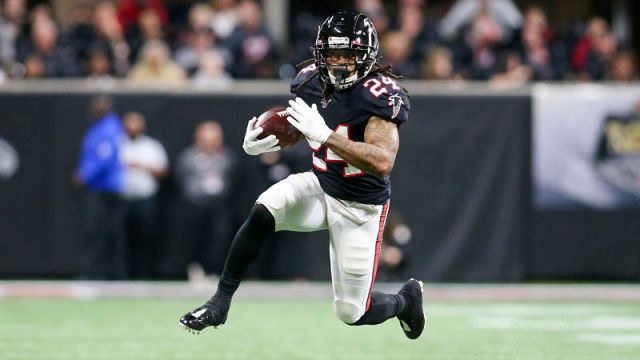 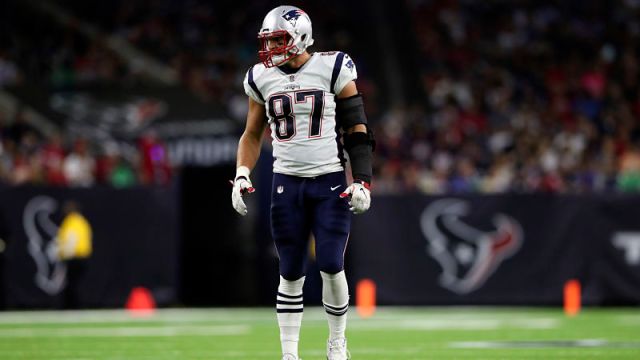