You hate to see it.

The Philadelphia 76ers’ shot at a playoff run looked promising entering the NBA restart, especially with the likelihood of them seeing the Boston Celtics — a team they defeated in three of four matchups this season — in the first round of the Playoffs.

But it appears they may have to move forward without one of their most important players.

It was announced over the weekend that Ben Simmons would require surgery to remove a loose body from his injured left knee. And according to ESPN’s Adrian Wojnarowski, Simmons had the surgery Monday and now is anticipated to sit out the rest of the 2020 season.

Ben Simmons had his left knee surgery to remove a loose body in Philadelphia today and will remain there for rehab. He's expected to miss the rest of the season.

The news comes ahead of a tough three-game stretch against the Phoenix Suns, Toronto Raptors and Houston Rockets to close out the seeding games.

And to make matters worse, All-Star center Joel Embiid is out against the Suns on Tuesday after leaving Sunday’s game against the Portland Trail Blazers early with a left ankle injury.

But according to Wojnarowski, there’s optimism that Embiid’s injury isn’t serious and he’ll return to play soon.

There's optimism that the Embiid ankle injury isn't serious and that he'll be back soon, sources tell ESPN. https://t.co/yvCj70K6dv

We’ll see how it all shakes out. 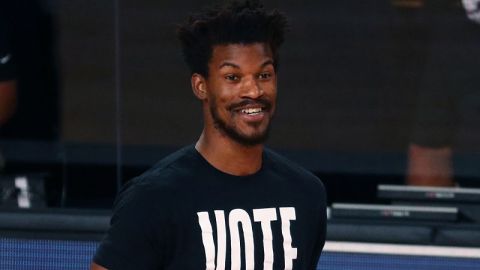