The New England Patriots are adding a former Pro Bowler to their backfield.

Veteran running back Lamar Miller on Monday agreed to terms with the Patriots on a one-year contract, pending a physical, his agent, Drew Rosenhaus, told ESPN’s Adam Schefter.

Miller missed all of last season with a torn ACL but now is “fully recovered,” per Schefter.

Former Texans? RB Lamar Miller tore his ACL one year ago but is said to he fully recovered and ready to play this season. https://t.co/MSJTtEHtgp

Miller has been a productive dual-threat back throughout his NFL career. Before his injury, the 29-year-old had surpassed 870 rushing yards in five consecutive seasons while also averaging 35.4 receptions per year during that span.

In 2018, his last healthy season, Miller finished with 973 rushing yards, five rushing touchdowns and a 4.6 yards-per-carry average in 14 games for the Houston Texans. He also caught 25 passes on 35 targets for 163 yards and one score, earning Pro Bowl honors for the first time.

Miller, who began his career with the Miami Dolphins in 2012, joins a running back group that features Sony Michel, James White, Rex Burkhead, Damien Harris and undrafted rookie J.J. Taylor. Brandon Bolden opted out of the season due to COVID-19 concerns.

Michel, New England’s leading rusher in 2018 and 2019, currently is on the physically unable to perform list as he recovers from offseason foot surgery. It’s unclear whether he’ll be activated in time for the Patriots’ first padded practice Aug. 17.

The Patriots entered Monday with four open spots on their 80-man roster. They reportedly plan to sign tight end Jordan Leggett and defensive tackle Darius Kilgo, as well, if both pass physicals and COVID-19 tests. 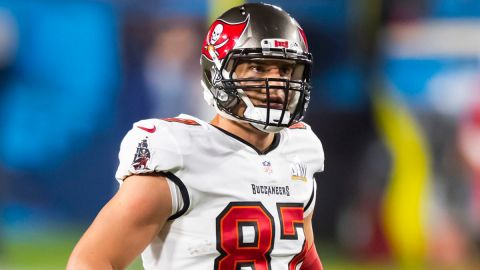