When Ja’Whaun Bentley returned to Gillette Stadium this past weekend, he hardly recognized the facility he’s called home since 2018.

Such is life in the time of COVID-19.

Before reopening its doors to players for training camp, the underbelly of Gillette Stadium underwent a radical redesign to satisfy the NFL’s voluminous coronavirus prevention protocols, like the need for lockers to be positioned six feet apart and the elimination of large team meetings.

Head coach Bill Belichick last week said the Patriots have gone “beyond (the NFL?s) requirements — in some cases well beyond the requirements — because we feel like that?s the most important thing and the right thing to do.” New England is one of just a handful of NFL teams that have not placed a single player on the reserve/COVID-19 list since testing began last week.

An NFL-high eight Patriots players have chosen to opt out of the 2020 season. Those who remain seem encouraged by the organization’s effort.

?This is Day 2 for us being in here, so we?re still feeling our way around,” Bentley said. “But you do feel safe. You do feel like there?s a conscious effort made to make sure we feel as safe as possible, and procedures and things like that have definitely changed in more ways than one. So that?s definitely a positive thing.”

The changes started before players even set foot in the locker room, weight room or cafeteria. To even gain access to the facility, players had to test negative for the virus three times in a four-day period — a standard rule across the NFL. If the Patriots sign any additional players to fill their six open roster spots, those players will need to complete the same testing requirement before joining their teammates inside or on the practice field.

“It?s completely different,” slot cornerback Jonathan Jones said. “Just from the protocols to get into the facility, they?ve gone to drastic measures to make sure everyone is safe. From the meals — the kitchen?s a different setup, the way we do that — to the meeting rooms. There?s a lot more places we?re going for meeting rooms so we have a lot more space. The locker room is spread out.

“It?s a lot different from years past, but it?s necessary, and you can see they?ve gone to great extents to keep us safe.”

Jones initially was skeptical of the NFL’s play to protect players this season, taking issue with the league’s moratorium on postgame jersey exchanges (“… you can’t social distance in football,” he tweeted last month). He still believes that rule is dumb, but he’s satisfied with the precautions the Patriots have put in place and confirmed he will play this season.

“As far as being in the facility and being in meetings and things like that, they?ve gone to great lengths to make sure that we?re safe in those regards,” Jones said.

Keeping players safe at the facility, though, is only part of the struggle. Because the NFL is not holding its season in a contained bubble, high-risk behavior by players outside of work — like visiting bars, clubs, parties or other crowded spaces — could spark an outbreak like the ones Major League Baseball’s Miami Marlins and St. Louis Cardinals have experienced.

The NFL has implemented harsh punishments for those who test positive after engaging in such behavior, but some players, including New England cornerback Jason McCourty, fear it’ll be impossible to keep thousands of players, coaches and team staffers in line for an entire season and postseason.

“That?s a big key to the season, making sure that guys buy in and everyone buys in to keeping everyone else safe,” Jones said. “Any decision you make outside of the facility doesn?t just affect the team, it affects your teammates’ families. So I think when guys look at it that way and we continue to remind each other and hold each other accountable, I think that?s going to be really big this season. Just everyone holding each other accountable to make sure everyone?s trying to stay safe and keeping everyone else?s family safe.”

Bentley concurred, saying accountability will be key amid these unprecedented circumstances.

“We have different procedures and stuff we have to follow in order to keep this thing going and keep everybody safe, and that?s a big thing,” the linebacker said. “And it?s not only when you?re in the building. You have to proceed with that (caution) when you leave the building, also. Everyone?s counting on you to make the right decisions.

“Everybody — not even just our team; the whole league — will count on each other to make good decisions so we can just be able to do this and be able do it properly with everybody being safe.”

More Patriots: Why Ja’Whaun Bentley Is One Most Important Pats 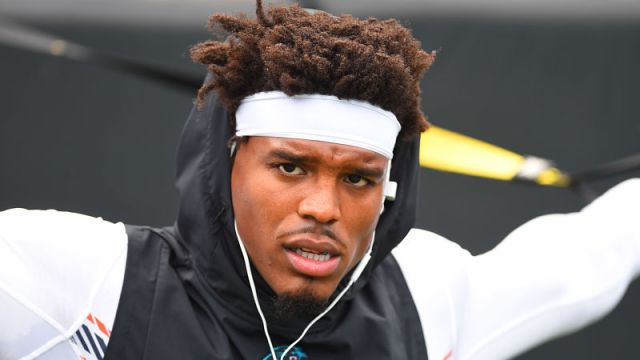