FOXBORO, Mass. — If you’re having trouble getting a read on the 2020 New England Patriots, that might be by design.

The Patriots found their greatest success Sunday in their 36-20 Week 3 win over the Las Vegas Raiders with a traditional run game, which is hard to believe given the struggles of New England’s running backs in previous weeks.

Newton picked up 21 of his 27 yards on one carry and managed just 6 yards on his other eight runs.

The Patriots’ passing attack was high powered in their Week 2 loss to the Seattle Seahawks as Newton threw for almost 400 yards. They found success moving the ball in their Week 1 win over the Miami Dolphins on option runs.

It’s difficult to predict for everyone involved and there could be weeks, like last Sunday against the Seahawks, where everything doesn’t come together perfectly. The post-Tom Brady Patriots are still a work in progress. But they also have more options with which to move the ball.

The Patriots were inefficient rushing the football in Week 2 and fans and media, in turn, panicked about the team’s running backs. But New England was able to adjust and pivot to a pass-heavy offense when the ground game was ineffective.

The Patriots had trouble moving the ball through the air in Week 3. And grumbles over the Patriots’ lack of pass-catching weapons have already surfaced after N’Keal Harry caught just two passes for 34 yards and Julian Edelman managed just two catches for 23 yards.

“We understood we had a pretty good passing game last game,” Newton said. “We had pretty much of a mixture the first game, which we would kind of prefer, as well as this game was kind of a slow start, but at the end of the day, we find ways to win. When you’re able to do that as a team collectively, as Coach (Bill Belichick) said, playing complementary football, then things will be ascending for us as far as success.”

The Patriots beat a previously undefeated Raiders team with relative ease Sunday afternoon. And with a team that has proven on separate weeks that it can be high-powered through the air or on the ground, it might be best to view each game in a vacuum. The Patriots will try to exploit the weaknesses of each opponent. And that might not mean a balanced attack each week. But the Patriots’ offense is strong enough in every facet to be a unit to be reckoned with this season. 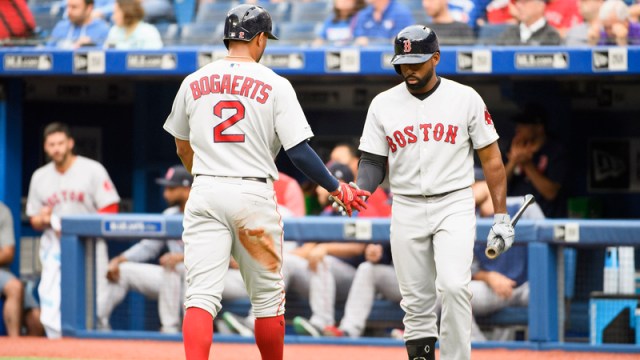 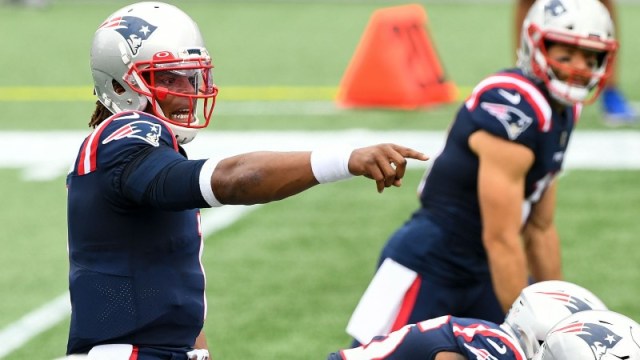