FOXBORO, Mass. — The New England Patriots don’t have a 100-percent success rate, but they’ll do everything in their power to neutralize the opposition’s top weapon.

The Patriots’ defense was successful Sunday afternoon as they held Las Vegas Raiders tight end Darren Waller to just two catches on four targets for just nine yards in New England’s 36-20 win. Waller had 12 catches on 16 targets for 105 yards with a touchdown in Las Vegas’ Week 2 win over the New Orleans Saints. The Patriots were not going to let Waller take over the game Sunday afternoon.

It was a full team effort to hold Waller as seven different Patriots defenders covered the 6-foot-6, 255-pound tight end on at least one passing play.

Here’s how many times each Patriots’ defensive back covered Waller on Sunday:

Cam Newton Details ‘Patriot Way’ From The Inside

Waller caught an 8-yard pass against Gilmore and had a 1-yard completion on Jackson late in the fourth quarter in garbage time. The Patriots were in zone coverage on both plays. Patriots free safety Devin McCourty broke up each of Waller’s other targets. Both attempts could have been big plays if McCourty hadn’t been around the ball, as Waller had beaten Jason McCourty and Jones on both routes.

“That comes from film study, knowing when he’s in a position where he’s targeted the most and where he’s most dangerous,” Devin McCourty said after the game. “Just trying to be aware and as soon as (Raiders quarterback Derek) Carr looks there, just being and playing fast. Sorry I couldn’t come up with the interception on those plays.”

Williams, a 2019 second-round pick, was the primary defender on Waller in obvious passing situations in the first half, but he was flagged for holding twice. The Raiders declined the first penalty because wide receiver Hunter Renfrow caught a 26-yard pass over Jones on the play. After the second penalty was accepted, Williams was pulled from coverage on Waller in favor of Dugger, a 2020 second-round pick, who personally blanked Waller.

It speaks to the Patriots’ confidence in Dugger that they were willing to place him in such an vital role.

“I thought the players did an excellent job,” Patriots head coach Bill Belichick said after the game. “When we had opportunities to jam and reroute him, we tried to do that, but he’s a tough guy to match up on. The Raiders took advantage of that with some plays to Renfrow and spreading the ball around to some other guys as well. …

“I thought the guys competed against Waller good. A couple of different guys matched up on him depending what the coverage was, and there was some zone coverage in there as well. He’s a good player and a tough guy to defend. I’d say part of it, though, we played zone against them, so it wasn’t all man-to-man matchups.”

Jones had a tough assignment against Renfrow in the slot. Gilmore was flagged for defensive pass interference while trailing Raiders receiver Nelson Agholor on a deep route. It was Gimore’s third pass interference penalty of the season. He only had one DPI last year. 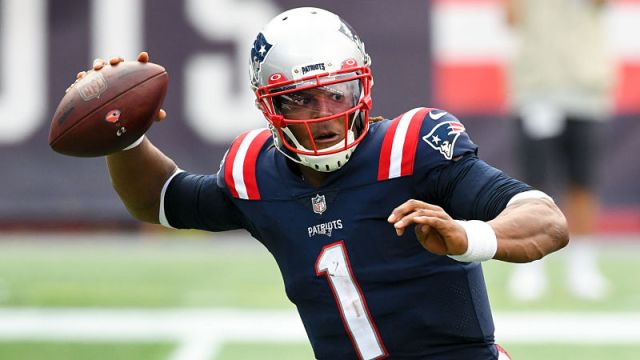 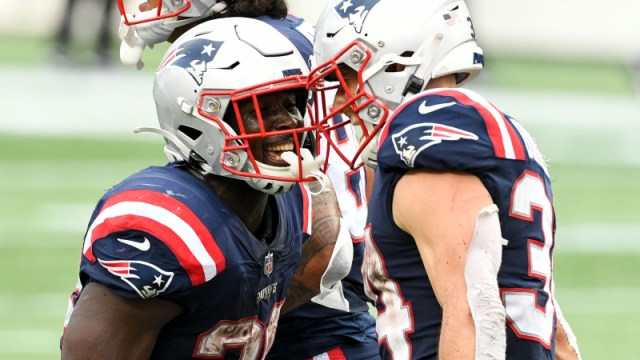