The Celtics almost did it again.

Boston almost blew its biggest lead of the series (20 points) with 7:13 left in the game, but ultimately did enough to pull out a 117-106 Game 3 victory over the Miami Heat.

And now, Celtics fans can breathe a sigh of relief.

There were plenty of positives for the Celtics, who took the ball hard at the rim (60-36 advantage in points in the paint) and played well defensively, especially for the first three quarters.

Miami, though, still holds a 2-1 lead in the best-of-seven series. Game 4 will be held Wednesday.

ANOTHER GOOD FIRST QUARTER
The first quarter hasn’t been a problem for the Celtics, and it wasn’t Saturday either.

Boston built a nine-point lead after the opening 12 minutes after a Tatum 3-pointer gave the C’s their largest lead of the game in the final 10 seconds.

The Celtics started the half hitting seven of their first 10 shots from the field, while simultaneously forcing the Heat to tally four turnovers on the other end.

Boston finished the quarter shooting 48.1 percent from the field (13-for-27), outscoring Miami 18-4 in the paint. The Heat shot 35.3 percent on the other end (6-for-17) as the Celtics defense forced five turnovers.

Hayward played four minutes in the first quarter, recording two points and a nice assist leading to a Theis slam.

Brown led the Celtics’ balanced attack with eight points while Tatum and Walker each added five.

RESPONDING WITH A RUN
Boston built another double-digit lead at the onset of the second quarter, with a pair of Brad Wanamaker free throws putting them up 11 and a Walker 3-pointer on the next offensive possession extending that lead to 12.

The Celtics shot 50% from the field (24-for-48) while Miami shot 42.1 percent (16-for-38). The Heat had eight first-half turnovers, with the Celtics taking advantage of steals and Miami turnovers which led to easy baskets in transition to close the quarter.

MAINTAINING THE LEAD
It started as arguably the best third quarter the Celtics had played this entire postseason and ended with Boston extending their lead to 15.

Boston held a 12-point lead coming out of the half before building that to 19 points with 4:19 left in the third. It was their largest lead of the series.

Miami stayed in it, closing the gap to nine points with an 11-1 run.

Boston responded well, depicting what they’ve been lacking throughout the series — fight. The Celtics closed the quarter with a 7-1 run over the final 1:08, benefitting from a pair of Miami turnovers.

Brown climbed to 24 points while Tatum had 20 after three quarters.

Boston opened the quarter with consecutive 3-pointers, the first of which by Hayward gave the C’s an 18-point lead while the second by Tatum made it 19 points with 10:46 left.

Boston extended that to 20 points with a free throw by Smart.

Brown (three steals) did it with his defense.

UP NEXT
Boston now has five days to prepare for Game 4, as they’ll face the Heat again Wednesday with tip-off set for 8:30 p.m. ET.

NBA Rumors: Gordon Hayward Will ‘Stay With Celtics’ If Wife Goes Into Labor 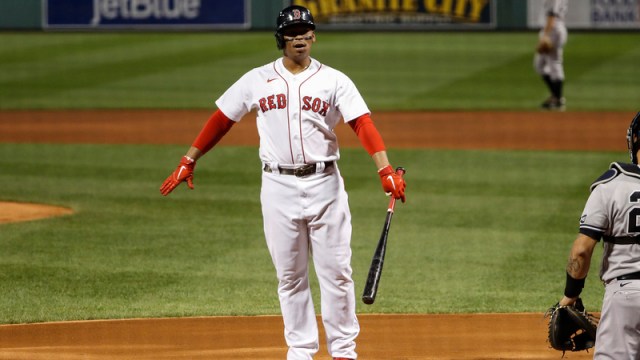 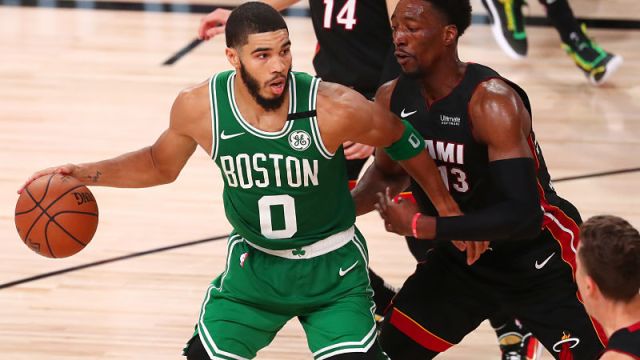