Some assorted notes and nuggets from the New England Patriots’ post-Thanksgiving media availability:

Both of those flags — offensive pass interference on a swing pass and holding on a run play — were valid. But Harry was not the offending party.

“Unfortunately, I think N’Keal got called on those penalties, and it wasn’t N’Keal,” Patriots wide receivers coach Mick Lombardi said Friday in a video conference. “I think Damiere (Byrd) actually had committed a penalty, and Jakobi (Meyers) held on the penalty. So the calls were accurate. … I think N’Keal got the short end of the stick on that one, but they were the right calls, so we’ve just got to do a better job executing.”

Harry, who wasn’t targeted in his first game back from a concussion, heated up in the second half last Sunday, finishing with five catches on eight targets for 41 yards. Those numbers could have higher had Cam Newton not bounced two short passes to Harry during the fourth quarter.

The Patriots still are waiting for Harry to produce like the first-round draft pick he was last year. In eight games this season, he has 24 catches for 213 yards and one touchdown.

— Tight ends coach Nick Caley shared an update on rookie Devin Asiasi, who returned to practice this week and could be activated off injured reserve ahead of Sunday’s matchup with the Arizona Cardinals.

“But the biggest thing is just continuing to stick to a process and becoming more efficient at those things and then working to learn the game plan — just like he has and all of our guys have — and reintegrating that way, really. There’s nothing that beats, obviously, opportunities to rep on the field with live reps, and you can’t replace those, so it’s good to get him out here.”

The exact reason for Asiasi’s IR stint has not been reported. He played in each of the Patriots’ first five games, then sat out one as a healthy scratch and missed following the death of a friend before being placed on IR.

With fellow rookie Dalton Keene also landing on IR earlier this month, the Patriots operated with just one healthy tight end (Ryan Izzo) for three consecutive weeks before adding Jordan Thomas to the mix in Week 11.

The 6-foot-5, 277-pound Thomas played sparingly in his Patriots debut, logging seven offensive snaps against the Texans and finishing without a catch on one target.

“He’s got good size, stature, catch radius, runs well,” Caley said of Thomas. “He’s working to obviously continue to learn our system, but those are the things (he does well). He’s obviously a big target and a guy that’s played receiver in his past and has converted to the position, so he’s still learning, he’s still growing, he’s still trying to do everything he can here as we get going.

“We’ll just keep it day by day here and see if we can keep progressing.”

— History could be made Saturday in college football.

With COVID-19 quarantines sidelining several Vanderbilt kickers, Sarah Fuller, a goalkeeper on the Commodores’ soccer team, will dress against Missouri and could become the first woman ever to appear in a game for a Power 5 team.

“I wish her the best of luck,” Folk said. “That’s awesome to see that happening.”

Any advice for Fuller?

“Be as confident as you can, and don’t worry about anything,” Folk said. “Just be confident.”

To date, Katie Hnida is the only woman to score a point in an FBS game, doing so for New Mexico in 2003. Hnida also dressed for games at Colorado but did not play.

— The Patriots had two free agents in Friday for COVID testing and eventual workouts: guard Ross Reynolds and defensive back J.T. Hassell.

Reynolds, who played under former Bill Belichick assistant Kirk Ferentz at Iowa, previously spent time with the San Francisco 49ers. The Patriots had him in for a workout earlier this month but did not sign him.

Hassell played in four games for the Browns as an undrafted rookie last season. He worked out for the Patriots in September, as well. 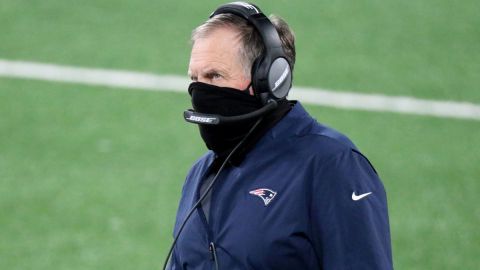 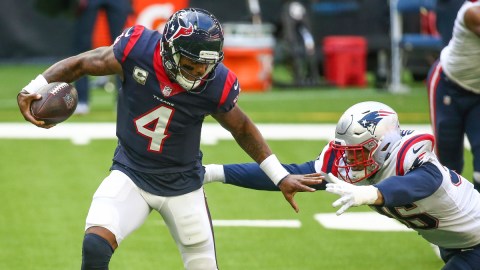 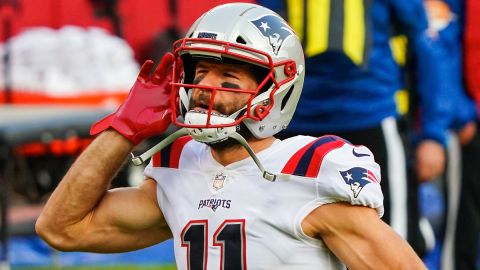 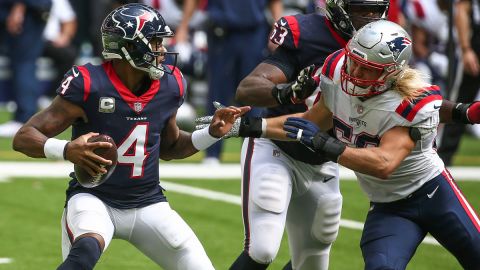