It doesn’t take a genius to realize how much Tacko Fall is loved among his teammates.

That was evident Friday when the big man dropped six points and had five rebounds in the Boston Celtics’ 124-97 win over the Orlando Magic on Friday night at TD Garden.

The bench went nuts when Fall hit a long two, while Jayson Tatum (who did not play due to reportedly testing positive for COVID-19), reacted to his teammates night on Instagram.

After the game, head coach Brad Stevens had plenty of praise for Fall.

“Everybody loves what he brings to the table as far as a teammate, a worker, a guy,” he told reporters during his postgame media availability. “He spends a lot of time on his skill. I think they were more excited about the ball handling at the top of the key and then the drive but that’s a good thing. Being back in the gym and being back together smiling is a good thing.”

TD Garden is known for going absolutely bonkers when Fall checks in to the game, so it’s fair to assume the roof probably would have nearly been blown off had fans been allowed in Friday night.

And Stevens knows that.

“It will be more fun when we’re full,” he said. “But that was a good moment for Tacko.”

We only can imagine just how loud it will be once fans can attend games again. 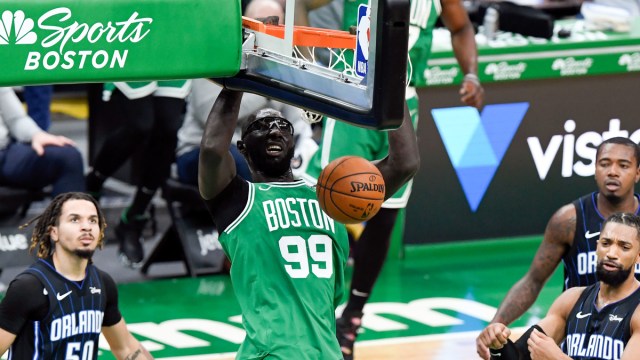 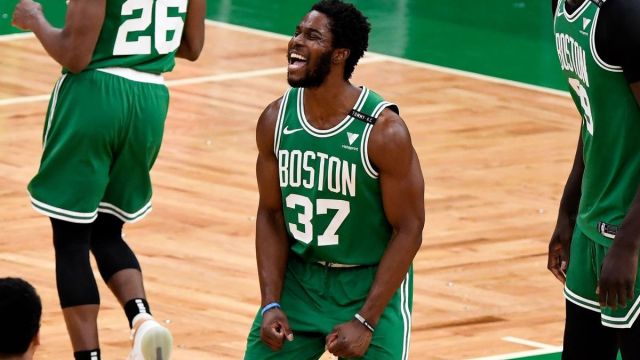