FOXBORO, Mass. — Some assorted notes and nuggets from the 28-14 win over the New York Jets on Sunday that officially closed the book on the New England Patriots’ 2020 season:

— Devin McCourty delivers a rousing speech to New England’s defensive backs before each game, but Sunday’s address had a little extra oomph to it, according to cornerback J.C. Jackson.

?It was a very important message that one of our captains gave,” Jackson said in a postgame video conference. “Every week, he gives us a message, but this one, I really felt it. Because, like everybody knows, this is our last game. This is our last game together.”

This was the first time a Patriots’ season finished in Week 17 since 2008 and the first time they were eliminated from playoff contention with games still remaining since 2000.

?It was simple,” McCourty explained. “I think everywhere you looked this week, (there was talk of how) the game didn’t matter, it was meaningless. I just told guys to think about their journey, to have an opportunity to play here.

“Last game of the year, you know you’re not going to the playoffs, but at some point on your journey, you’ve been doubted, you got hurt, a certain school told you that they didn’t want you, a team released you, a team traded you, a team told you that you weren’t good enough to play. At some point, if someone asked you, ?Would you take an opportunity to play in the last game of the season with no chance at the playoffs?? We all would take it and give it everything we’ve got.

“I told guys to think about that today. If someone tells you this is your last ever game to play, what would you do?

His teammates did not disappoint. Trailing 14-7 late in the third quarter, the Patriots scored 21 unanswered points and intercepted two late Sam Darnold passes.

The victory snapped a three-game Patriots losing streak and allowed them to close out a disappointing and frustrating season on a positive note.

“I was proud of the way guys responded,” said McCourty, who voiced his intention to return for a 12th NFL season in 2021. “But I think guys knew that coming in. I think guys already had the right mentality. I’m very fortunate and blessed to give this team different talks and to be a leader on this team because it’s a lot easier to lead a bunch of guys that don’t need much direction and were ready to go and hungry to learn.

“I’ve been very fortunate over the years I’ve been here to lead the group.?

— Cam Newton’s 49-yard run on New England’s opening possession gave him the most rushing yards ever by a Patriots quarterback in a single season, surpassing Steve Grogan. It also was the longest run ever by a New England QB, breaking Grogan’s record.

Newton finished with 592 rushing yards and 12 rushing touchdowns this season. The QB capped the year with perhaps his best all-around performance as a Patriot, throwing three touchdowns with no interceptions and also catching the first touchdown of his NFL career off a double pass from Jakobi Meyers.

Was it Newton’s final game in a Patriots uniform? That remains to be seen. 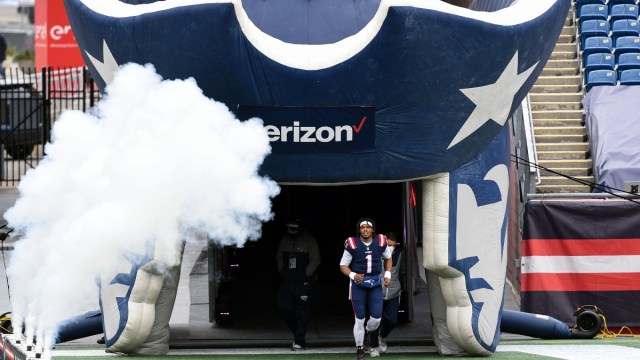 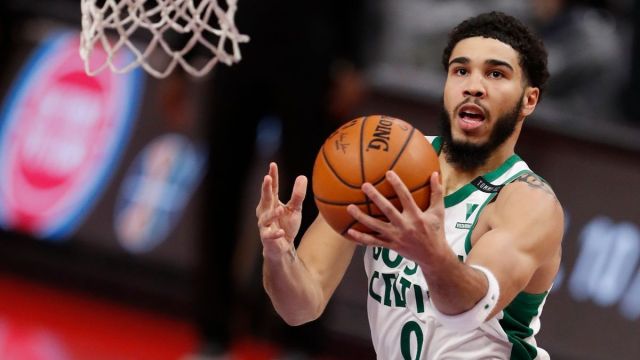