Just shy of one month into the Boston Bruins season, John Moore will make his 2021 debut.

The veteran blueliner, now in Year 3 of a five-year deal, has over the last two seasons seen his role diminished to spare defenseman, in large part due to the emergence of other players — this year, it’s Jeremy Lauzon and Jakub Zboril.

Moore was injured for parts of January, but otherwise has been a routine healthy scratch. But he’ll slot in on the second pairing next to Brandon Carlo in place of Connor Clifton when the B’s face the New York Islanders on Saturday.

Swapping defenseman is something Bruce Cassidy had been contemplating on back-to-backs. So, Saturday marked the right opportunity for Moore.

“He’s been working hard,” Cassidy said Saturday morning. “We feel (Saturday) is a good night to do it and we’ll go from there.”

As Moore has seen his name show up in the lineup card less, his praise from Cassidy, in some respects, has elevated.

Cassidy has effusively praised Moore for being a true professional and taking the scratches in stride, staying ready so that he can fit right in when his number is called. It’s a balancing act for a coach, but one made easier when it’s a guy like Moore as opposed to a younger player.

“Well, that’s where your assistants certainly come in,” Cassidy said. “They’re in his ear a lot, reminding him what it’ll take to stay ready and what’s required once you’re in there to stay in the lineup. …

“And on the other side of it for me is I try to talk to John as much as possible, without being that coach that’s over there every day like, ‘Stay ready, stay ready,’ because I think as a player at his juncture, who is a true pro, they don’t want to hear that from the coach every day when they’re doing everything they can to stay ready.

“So I just try to remind him a little bit of what’s necessary, how the team is playing, and how he can do to help us when he gets in there, ask him how he’s doing personally a little bit more than maybe a young guy who does need that., that’s not playing every day, it is more about staying ready.

“But Johnny is a different animal in that regard, so we appreciate his professionalism and it’s one of those things that goes on behind the scenes not a lot of people know, but he’s a really good pro and a real popular teammate.”

Moore hasn’t played since Aug. 26. There was a stretch last season where he was healthy scratched for almost a month, which is roughly how long he’s been a spectator to start this season.

In such a situation, a big part of the challenge for players is simply not overthinking things, which nudges guys into playing like they’re desperate.

“For him,” Cassidy said, “it’s a matter of just play to your strengths, be consistent, help the team win games, do what you do best, try not to do too much, but when there is a play to be made, hopefully you’re ready for and have the confidence to do it, even though you haven’t seen a lot of action

“Sometimes when you go in, the automatic trigger for you as a player is ‘Well, I’ve got to be really good tonight or I’m not going to stay in the lineup.’ So you try to do too much is what happens, and when you haven’t played in a while, that’s a tough formula.

It’s been interesting to see how Cassidy does use Moore when he plays for the first time after long stretches. The 30-year-old tends to get a healthy amount of minutes, something that should happen Saturday since he’ll be paired with Carlo.

Last season, Moore most often played somewhere in the 15 to 18 minute range. While not Thomas Chabot or Charlie McAvoy-level ice time, it’s a fair amount for someone who doesn’t play all the time.

And while Cassidy does have plenty of faith in Moore as a player, it actually sounds like more of a philosophical belief than anything.

“I think players appreciate when they go in knowing that, ‘OK, the coach does have trust in me to play, and that’s the message we’re trying to send is that you’re good enough to play,” Cassidy said. “We just feel, right or wrong, that we have in this case six or seven other defensemen that make us a better lineup or are ahead of you for whatever reason. There’s some different things that go into that.

“But we do want them to understand that, ‘Hey, you know, it’s not like we don’t think you can play, we’re just leaning this other way.’ So when they go in, we do try to give them an opportunity to contribute.”

It’s not that Moore has done anything wrong. In fact, him being a healthy scratch generally is a sign that things are going well for others — which has been the reason for his lack of playing time this season. So, a good problem to have.

Still, Saturday will be his first chance to stake claim to a roster spot, something Cassidy undoubtedly will give him if he outplays his teammates. 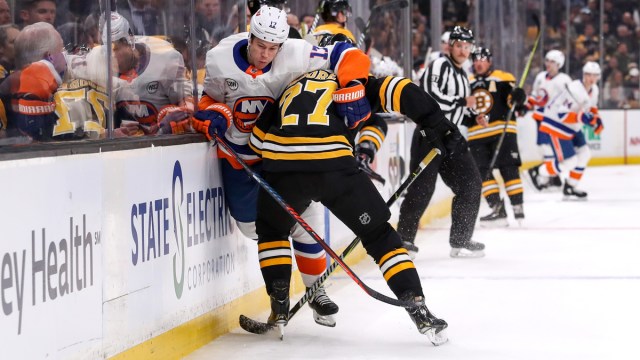 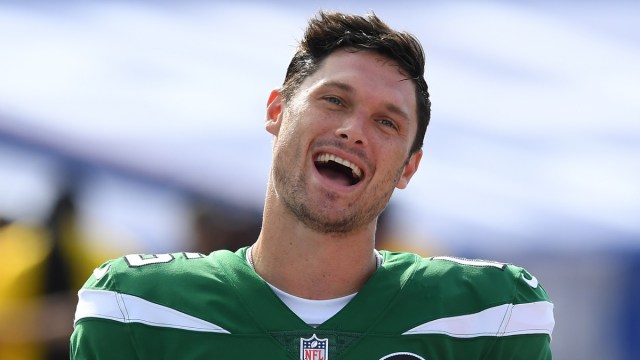