2020 SEASON REVIEW
Year 1 of the post-Tom Brady era was a rough one for New England’s signal-callers.

Newton, signed nearly four months into free agency for the veteran minimum, was a dangerous rushing threat, but the Patriots’ passing offense was one of the NFL’s weakest with him at the controls.

The former NFL MVP threw more interceptions (10) than touchdown passes (eight, three of which came in Week 17) over his 15 starts. He had more games with fewer than 125 passing yards (six) than he had with more than 200 (five, including just two with 300-plus). He was benched three times.

No, his 592 rushing yards and 12 rushing touchdowns shouldn’t be ignored. But the modern NFL is a passing-focused league, and by almost any metric, Newton was one of its worst passers in his first season as a Patriot:

(For an explainer on those advanced stats, click here.)

Newton also came up empty on potential game-winning drives in losses to the Seattle Seahawks, Denver Broncos, Buffalo Bills and Houston Texans, though he did lead successful rallies against the New York Jets and Arizona Cardinals.

Was this all Newton’s fault? Certainly not.

The 31-year-old had to learn a notoriously complex offense in a condensed time frame with no preseason games and limited practice time, all while throwing to a bare-bones collection of pass-catchers. Newton also was sidelined for a spell in early October after testing positive for COVID-19, which seemingly derailed any early-season momentum he had built. The Patriots lost four straight after Newton’s diagnosis and never climbed back above .500.

Blaming Newton alone for New England’s impotent passing game is unfair. But he’s not blameless, either. His mechanics were inconsistent, he turned the ball over too much, and his lack of substantive in-season improvement was worrisome.

Despite Newton’s shakiness, Stidham — the projected QB1 at the start of last July — never started a game. The 2019 fourth-round draft pick made five relief appearances and wasn’t particularly effective in any of them, completing an even 50 percent of his passes (22 of 44) for 256 yards and two touchdowns with three interceptions.

It’s tough to properly evaluate a quarterback when he only plays in garbage time. But the fact Bill Belichick never trusted Stidham to start this season spoke volumes.

Hoyer began the season as Newton’s primary backup, but he was demoted to third string after an ugly Week 4 start in Kansas City and didn’t dress for the final 12 games. Dolegala, who signed a future contract last month, spent most of the year on the practice squad. He has yet to appear in a regular-season NFL game.

Overall, Patriots quarterbacks ranked 23rd in the NFL in completion percentage, 30th in passing yards, 22nd in yards per attempt, 27th in passer rating, 30th in interception rate, 27th in sack rate and tied for last in touchdown passes. Despite being one of the league’s better rushing outfits, New England averaged just 20.4 points per game, sixth-worst in the NFL and the lowest mark for the franchise since 2000.

TOP OFFSEASON STORYLINES
The Patriots will add at least one quarterback this offseason. The question is how (and how many). Their potential courses of action: sign a veteran free agent, acquire a QB via trade or select one in the 2021 NFL Draft.

Here’s a closer look at each path:

Free agents: Dak Prescott is the top quarterback set to hit free agency, but the odds of him leaving Dallas are slim. The rest of the impending UFAs are fringe starters at best — names like Ryan Fitzpatrick, Jameis Winston, Andy Dalton, Jacoby Brissett, Tyrod Taylor and Mitchell Trubisky. Re-signing Newton with the hope he’ll improve with a better supporting cast and more time in the system also isn’t out of the question. Outside of Prescott, all of these players ideally would be paired with a high draft pick.

The legal tampering period, during which clubs are allowed to negotiate with outside free agents, begins March 15. Free agency officially opens at 4 p.m. ET on March 17.

Trade candidates: Here’s where the real fun starts. Close to a dozen high-profile quarterbacks have been at least mentioned in trade rumors as the NFL enters what could be an unprecedented offseason of QB movement. Matthew Stafford and Jared Goff already have been dealt. Others who could follow include Jimmy Garoppolo, Carson Wentz, Derek Carr, Marcus Mariota, Sam Darnold, Teddy Bridgewater and Deshaun Watson.

For the Patriots — who are highly unlikely to land Watson — the most intriguing name on that list is Garoppolo. Durability is a real concern for the former Brady backup, but he has experience in New England’s offense and shouldn’t have much trouble reintegrating. Plus, there’s a chance San Francisco will outright release him, in which case the Patriots could simply sign him. The 49ers probably won’t just dump Garoppolo if they can’t upgrade the position, though, so there’s no guarantee he’ll be available.

Mariota, Carr’s No. 2 in Las Vegas, is another potential option. The 2014 second overall pick wouldn’t cost a premium draft pick to acquire and could still have some untapped potential.

Trades cannot be finalized until the new league year begins March 17 but can be agreed upon at any time.

Draft prospects: The Patriots currently own the 15th overall pick in this year’s draft, which puts them in a tricky spot from a QB perspective. The top four quarterbacks (Trevor Lawrence, Zach Wilson, Justin Fields and Trey Lance) are likely to gone by that point. Mac Jones could be on the board, but he’s not even a consensus first-round prospect. Drafting him at No. 15 could be a major reach, especially for a team like New England that has several other glaring roster holes.

Recent history suggests the safest place to find a franchise QB is in the top 12 picks of the draft. Would the Patriots consider trading into that range to nab someone like Lance or Fields? If they opt to address the position later in the draft, potential targets include Florida’s Kyle Trask, Texas A&M’s Kellen Mond and Georgia’s Jamie Newman. 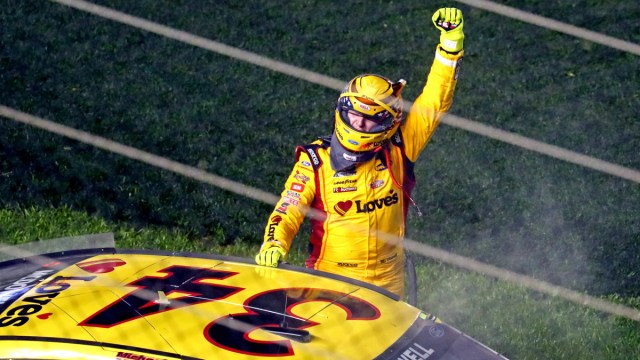 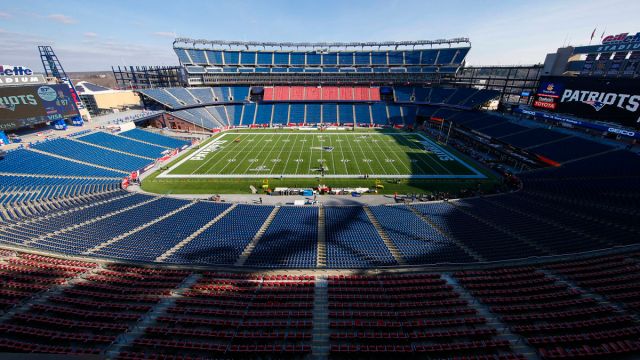 ESPN Believes This Patriots Player Could Use Change Of Scenery