New England Patriots quarterback Cam Newton, like most of the world’s population, is “on to” 2021, to paraphrase one of Bill Belichick’s most famous quotes.

Newton made personal sacrifices to play for the Patriots in 2020, and ultimately, the payoff might not have always been worth the process.

Newton has gone 6-8 as a starter while completing 65.4% of his passes for 2,415 yards with five touchdowns and 10 interceptions. He’s also carried the ball 126 times for 513 yards with 12 rushing touchdowns.

So, what did he learn about himself this season?

Newton recovered from foot and shoulder injuries this offseason, got cut, was a free agent for nearly three months, played on a new team for the first time in his NFL career, missed a game with COVID-19, suffered additional injuries and saw his play slip.

“Those are all ones that you kind of look back and kind of, ‘Yeah, it could have been better.’ The one for me is my kids,” Newton said. “It’s my children. It’s like any father, any mother who’s on this call right now to go without talking to your kids or your family. That was — that’s everything, you know what I’m saying? Because like, I’ll put it like this: And I’m being honest, right? I had two birthdays that I didn’t see. My son Chosen’s birthday was on Christmas Eve. I didn’t get to see it with him. My son Cashmere’s birthday was on Sept. 30, and I didn’t get to see that too. Cashmere just turned one, so that was kind of a big deal for him. Chosen just turned five. So — and even more or less, not seeing my kids’ first steps.

“Like, all of those things, being unemployed for 86 nights, yeah that’s tough. Having injuries, yeah that’s tough. Going through this season and you can kind of assume what a juggernaut media market that Boston is or Foxboro, New England, whatever you want to call, is. The slander that comes with living up to the TB12 expectations. Yeah, all of that is tough. You hear it. None of it is even a close second to not being able to see your children. Just that. You miss your kids’ first steps. You’re not there during Christmas. You’re not there on birthdays. And then on top of that, you’re sucking? Ah, man.”

Newton tried his best to stay optimistic through it all on less than five hours of sleep. ESPN’s “Monday Night Football” broadcast presented Newton’s daily schedule in Week 16: asleep at 11:30 p.m., awake at 4:20 a.m., out the door at 4:30 a.m.

“And 2020, man, I’m about to sign, seal — I’m about to tie this year up, put a big knot on it. I can buy every single lock, key and throw away all of them. I don’t want to see no part of 2020, but it made me a better person. That, I do believe. And that’s something — being a part of this franchise is something that you just don’t wash away that aura of being a Patriot. It’s something that’s in you. Being around arguably the greatest coach of all time and looking at him from afar, because I — obviously, my living method may not be as his living methods. He wears jeans and a bubble coat or Patriots gear every single day. And meanwhile, I’m Polo down, Moncler down, you know what I’m saying? Meshika hat, shades. That’s just my steez. I’m like, this cold, I ain’t ever been able to wear this jacket. Boom. Wearing it. And it still teaches you different methods of having production in this league. And I’ll never forget that.”

The Patriots QB also reflected on how he could have performed better on the field. Newton signed with the Patriots after the offseason workout program and weeks before training camp. He wasn’t able to participate in organized team activities or play in preseason games with his new team. He had stretches of brilliant play but could never quite keep it up consistently. And the break while quarantined with COVID-19 seemed to have an impact on his play.

“My only regret was I wish I had more time to dissect what I was actually getting into,” Newton said. “I?ve been in this league long enough to kind of always downplay, like, ?Man, we don?t need preseason. We don?t need OTAs. We don?t need; we?re ready to go.? Yeah, maybe if I was still in the system I came from.

“But learning this system, yeah, you just need more time, you need more real reps to kind of go through because there?s only but so much you can kind of make up. You could put the eyelashes on. You could do your eyebrows. You could put your lipstick on. The mascara. And the lip liner. But sooner or later, it?s going to rain. And the real true you will show. And unfortunately it showed — not necessarily in ways that I wanted to. But it was just hesitation.”

Newton said it’s not in him to point fingers at anyone else when asked specifically how much the Patriots’ play-calling and lack of weapons affected his play.

“I have children,” Newton said. “I know one day we?re going to have a conversation, and I?m going to say, as a grown man, you just accept all responsibilities and you hope who really knows this game just know that they can dissect it for what it?s worth.

Newton sounded like a player who won’t be back with the Patriots in 2021. He even went as far as to say there are players in the locker room “that I plan on still having connections with.”

Belichick has implied Newton will start Sunday against the New York Jets. That very well could be the last time Newton wears the Patriots uniform.

It was a worthy experiment. But the Patriots also are on to 2021. 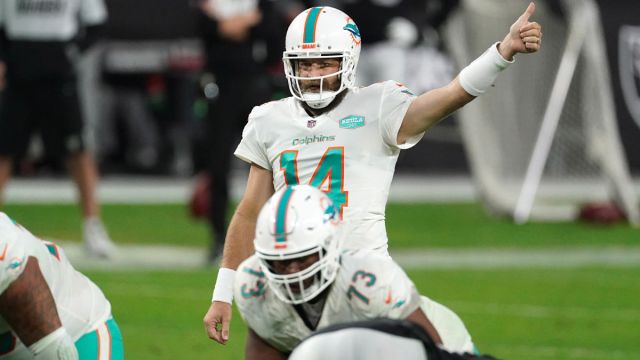 Dolphins’ Ryan Fitzpatrick Out Vs. Bills After Testing Positive For COVID-19 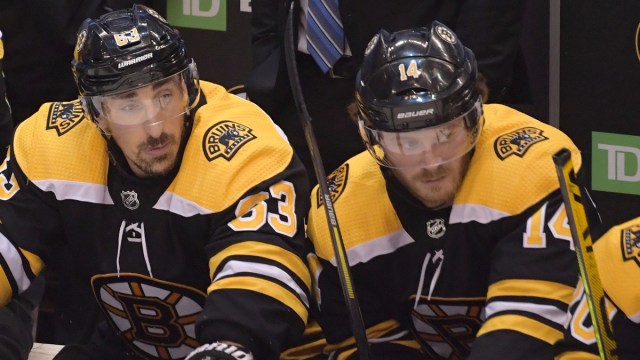 Don Sweeney Believes Bruins ‘Well-Positioned To Be Competitive’ In 2021