In 2013, the Red Sox really threaded the rebuild needle in winning a World Series. In the ensuing years, they paid an increasingly steep cost that ultimately produced another banner to hang at Fenway Park.

Nobody in Boston would give those titles back, nor should they. Red Sox fans (non-millennials, anyway) know just how hard it is to win a Fall Classic.

But the strategies used to win those championships weren’t sustainable. The evidence? For one, they missed the playoffs in both follow-up campaigns. For another, it was difficult to specify the organization’s overall vision from 2013 to 2019.

And so, former Tampa Bay Rays executive Chaim Bloom took over the baseball department reigns before the 2020 season and got to work. The goal: assess the in-house talent, reload a depleted farm system and develop a consistent, championship-caliber program using a sustainable method.

Understandably, Red Sox fans are finding it difficult to make sense of, let alone trust, Bloom’s plan. To the casual fan, trading players such as Mookie Betts and Andrew Benintendi feels like the antithesis of a winning formula. So, too, does selling at the trade deadline before going through an entire winter without bringing in sexy, high-priced free agents to plug holes.

If you’re into Boston sports talk radio, you probably have heard talking heads ripping the Red Sox while saying they’re “not trying to win titles” and they’re “content with being the Boston Rays,” or something.

We strongly disagree. We think the Red Sox should be happy with not just what they did during the offseason, but what they’ve done dating back to last spring.

The Red Sox are not going “all-in” to win a championship this year — Sam Kennedy’s words, not ours. If it comes together ahead of schedule this season and they make a deep run in October, great. But before they truly can obsess over winning World Series, the Red Sox need to replenish their farm system with talent across all levels.

Consider this: As pointed out by NESN.com’s Mike Cole, five of the top 20 Boston prospects at SoxProspects.com were acquired in trades made by Bloom. Two others were taken in the 2020 Major League Baseball Draft. Overall, 10 of the top 40 prospects are products of Bloom trades. The Red Sox even plucked Garrett Whitlock, now their No. 32 prospect, from the New York Yankees in the Rule 5 Draft.

Bloom also has landed some players who are ready to contribute right away. 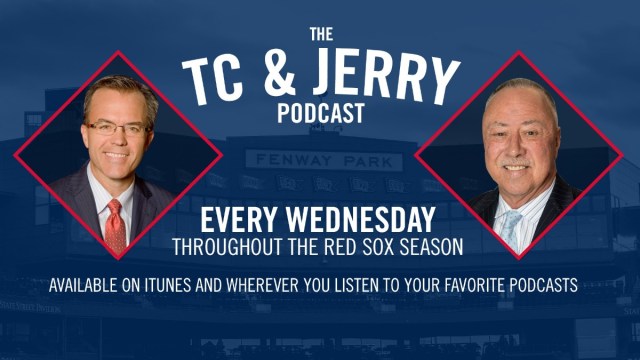 Let’s break this down, in chronological order:

Jeisson Rosario, CF
— Acquired last August from the San Diego Padres for Mitch Moreland.
— No. 14 prospect.
Hudson Potts, IF
— Also acquired in the Moreland trade.
— No. 18 prospect.
Jacob Wallace, RHP
— Acquired last August from the Colorado Rockies for Kevin Pillar.
— No. 24 prospect.
— Some believe he could be the closer of the future.
Christian Koss, SS
— Acquired from the Rockies in December for Yoan Aybar.
— No. 39 prospect.
Frank German, RHP
— Acquired from the Yankees in January for cash and a player to be named later.
— No. 28 prospect.
— Sounds like he has a pretty high ceiling.
Adam Ottavino, RHP
— Also acquired in the Yankees trade.
— Should be a high-leverage reliever in 2021.
Franchy Cordero, OF
— Acquired from the Kansas City Royals in February for Andrew Benintendi as part of a three-team trade also involving the New York Mets.
— Ton of “ifs,” but an athletic freak whom some believe could be another Joey Gallo.
Josh Winckowski, RHP
— Also acquired in the Benintendi trade.
— No. 22 prospect.
Three players to be named later
— As part of the Benintendi trade, the Red Sox will get two PTBNL from the Royals and one from the Mets.
— Red Sox reportedly will be given extra time to evaluate potential PTBNLs due to the COVID-19 pandemic’s impact on the minor leagues last season.
— Additionally, multiple reports indicate the PTBNLs could be “significant.”
Ronaldo Hernandez, C
— Acquired with shortstop Nick Sogard from the Rays on Wednesday for Chris Mazza and Jeffrey Springs.
— No. 14 prospect.
— Just a year ago was considered the Rays’ catcher of the future.

We know, we just threw a ton of names at you. We promise we won’t do the same thing with free agency signings.

Nevertheless, it’s important to highlight the volume of quality prospects the Red Sox have brought in over the last year. In many cases, Boston really didn’t have to give up much.

In particular, acquiring a player of Hernandez’s caliber for Mazza and Springs feels like a steal. In that case, Bloom turned Mazza (a waiver claim) and Springs (acquired for Sam Travis) into a top 15 prospect. And, honestly, similar things could be said for many of the aforementioned trades.

What the Red Sox have done, and are trying to do, with these trades is important for two reasons: 1. Having good prospects obviously is fun, and 2. Having a deep, talent-rich prospect pool enables you to execute meaningful trades without depleting your farm system.

Want to know why the Red Sox haven’t traded for any superstars in recent years? Because they would’ve been forced to part with their only noteworthy prospects to do so.

Right now, everyone looks at the Padres, who are spending tons of money and pulling off tons of headline-generating trades, and saying: “How are the Padres, not the Red Sox, doing this?”

Well, there are many reasons, but let’s focus on the Blake Snell and Yu Darvish trades. The Padres were able to acquire Snell and Darvish, two front-of-the-rotation starters, without dealing any established big league stars. Additionally, among the seven combined prospects they parted with, only one (Luis Patino) consistently ranked among San Diego’s top 10 prospects at the time of the trade. Cole Wilcox was fringe. And after all their wheeling and dealing, San Diego still has three of the top prospects in baseball and an above-average system.

That is what the Red Sox are trying to replicate. And there’s a trickle-down effect: Establishing what you have, what you can withstand parting with and what you need enables you to be aggressive, confident and precise on the free agent market.

Enough about the future. Let’s talk about the present.

Everything mentioned above, along with everything the Red Sox have said, paints them as a rebuilding team. And they are, though not in the traditional sense.

Over the offseason, Boston signed two pitchers, Garrett Richards and Matt Andriese, who could break camp as members of the starting rotation. The Red Sox re-signed Martin Perez, who almost certainly will have a major role. Now factor in Pivetta, Tanner Houck, Nathan Eovaldi and Eduardo Rodriguez. Boston’s rotation already is far better than it was last year. We’ll see what Chris Sale has to offer.

As for the bullpen, we already covered Ottavino. Hard-throwing Japanese reliever Hirokazu Sawamura, signed this week, also could see high-leverage innings. Other players will emerge; others (Darwinzon Hernandez) could take another step in their development. A player like Andriese could see plenty of bullpen time, as well. We don’t see how you could say the bullpen isn’t better now than it was last summer.

Then, there are positional players. No, the Red Sox didn’t sign George Springer or J.T. Realmuto. But, in KikÃ© Hernandez, Marwin Gonzalez and Hunter Renfroe, they landed versatile, proven big leaguers who, if nothing else, should help Boston better withstand injuries than it did in 2020. Furthermore, we’re betting on returning manager Alex Cora to identify the best matchups and find the right mix with a roster loaded with versatility.

Oh, and all of this was done while somehow remaining under the luxury tax.

Also, let’s not act like this team doesn’t already have high-end talent on its roster. Verdugo, Xander Bogaerts, Rafael Devers, J.D. Martinez and Christian Vazquez still are here. Maybe Bobby Dalbec hits 30 homers and doesn’t strike out that much.

Are the Red Sox favorites in the American League? No. No, they’re not. Are they even favorites in their own division? No. But would a 2013-like season really shock you? We certainly wouldn’t be floored.

All of this is to say the Red Sox currently are in a better position now than they were last July. There’s more hope in the farm system — we didn’t even get to players such Jarren Duran, Triston Casas and Bryan Mata — and there’s more depth and talent on the big league roster.

Sure, plenty of these prospects could flop and the Red Sox could struggle this year. We’ll have to wait and see. But we do know the organization thus far is doing what it can to achieve its goals.

Bloom and the Red Sox had a good offseason, and there is plenty of reason for optimism. Don’t let anyone tell you otherwise.