Bruce Cassidy liked the work ethic shown by the Boston Bruins despite their 1-0 loss to the Pittsburgh Penguins on Sunday, but he knows two specific lines have more to give.

The Bruins had their chances, but only had 13 as opposed to the Penguins’ 30 and two in high-danger areas. Check out this graphic from Boston Sports Journal’s Conor Ryan:

Pittsburgh overtook the Washington Capitals for first place in the East Division while the Bruins cling to fourth place. They’re six points ahead of the New York Rangers, and just three behind the third-place New York Islanders.

The second line of Craig Smith, David Krejci and Taylor Hall was buzzing all game, the top line had their chances, but it was the bottom six that seemed to struggle a bit. Cassidy, as he’s been known to do, shuffled the third and fourth lines during the loss, but it didn’t generate the chances the Bruins needed.

After the game, Cassidy called out the third and fourth lines noting they have more to give offensively.

“Probably lack of production from our guys down there for an extended period of time,” he said when asked about what the motivational factor was behind the switch. “We expect more. Quite frankly, I think they’re all capable of giving a little bit more offensively. Some of their roles are not necessarily that, but certainly create a little more. So we moved some pieces around. If you’re not gonna score you need to keep the puck outta your net. … Tight games like this you gotta manage your shift, and one play makes a difference. You can almost sense that type of game, and they made it, we didn’t. We didn’t defend it. There you have it. The motivating factor? Like I said, we just have guys that are not producing down there. … I still think it falls on a lot of those players to work a lot harder, attack the net and a little more will to get inside to do what it takes to score in this league.”

The Bruins have a chance to redeem themselves Tuesday when they take on the Penguins once again at PPG Paints Arena.

Here are some other notes from Sunday’s Bruins-Penguins game:

— Jeremy Swayman did all he could and provided the Bruins a chance to win in yet another strong start for the young goalie.

Swayman stopped 28 of the 29 shots he faced. Despite the loss, though, he enjoyed the playoff-like atmosphere against the Penguins.

“That was a fun atmosphere to play in,” he said. “Those were crucial points. … We’re gonna take the positives out of this game and keep our chins up.”

— Swayman has become a fan-favorite as he continues to show up in each of his starts. The 22-year-old keeps the Bruins in games, and it shows by his stats.

According to Ryan, “among the 70 goalies in the NHL that have logged at least 350 minutes of ice time this season, Jeremy Swayman ranks first with a .915 save percentage on high-danger shots.”

— Cassidy knows the Penguins are a good team, and pinpointed why they were able to come out on top Sunday against the Bruins.

“They’re a good defensive team,” Cassidy said. “We saw the effects of a long week for both teams — four games for us and I think four games for them. I don’t think the legs were truly there for either team. I just think both teams did a good job defending. Obviously no power plays until the call (on the Bruins) at the end. That’s obviously gonna keep the score down. They kept us to the outside. We had certainly some guys willing to go, and some still refusing to sort of work to the inside and attack the net with the puck. As a result, limited chances.” 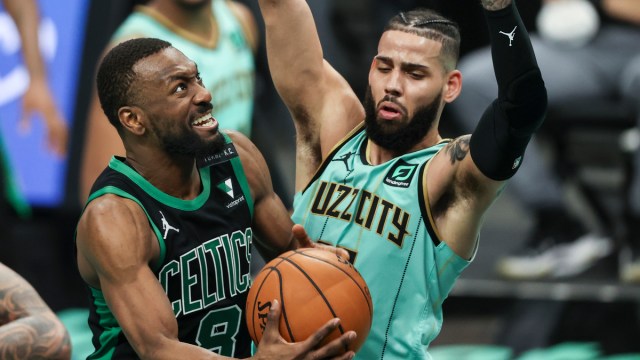 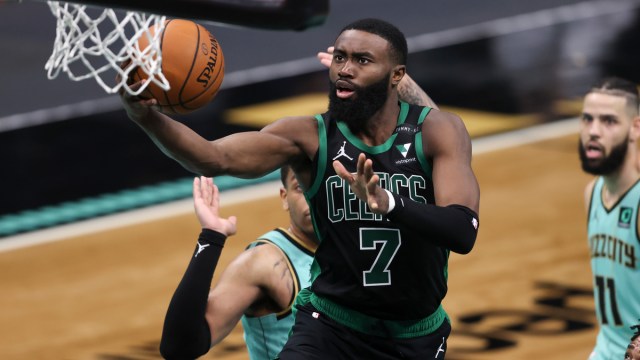