David Krejci has been steaking lately for the Boston Bruins.

Krejci started the season off slowly goal-scoring wise with just two goals over his first 35 games, but has turned things up a notch with three goals over his last five games.

The veteran center also tallied two assists over his previous four games before Tuesday night’s win over the Buffalo Sabres as Boston’s second line with Krejci, Taylor Hall and Craig Smith on a tear.

For more on his recent play, check out the video above from “Bruins Postgame Final,” presented by Rodenhiser Home Services. 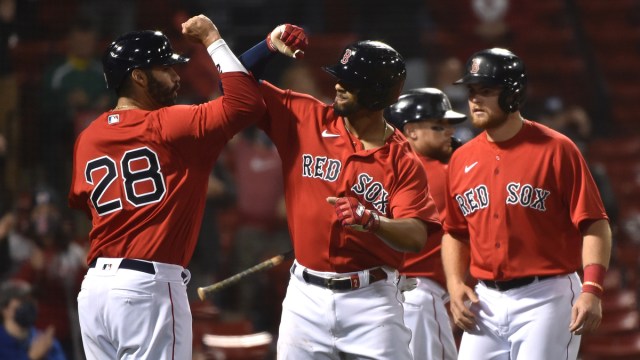