A controversial ending gave the New York Mets a win over the Miami Marlins on Thursday afternoon.

The game was tied in the bottom of the ninth with the bases loaded. Anthony Bass appeared to strike out Michael Conforto looking, but the home plate umpire Ron Kulpa ruled the baseball hit him on the arm.

The run from third came home and Conforto was credited with a walk-off hit-by-pitch.

It definitely was bizarre, check it out:

Conforto certainly didn’t try to get out of the way, but rather got in the way of what would have been strike three.

“A win’s a win, it’s over, but I’d like to use the bat next time for sure,” Conforto said after the game, per SNY.

The play wasn’t reviewable, and the Mets, who are among the betting favorites to win the NL East, won their home opener over the Marlins. 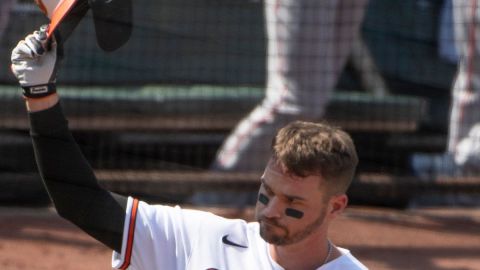