The Boston Bruins benefited from a near-capacity crowd at TD Garden on Saturday night, and it undoubtedly helped propel them to a Game 1 win over the New York Islanders.

David Pastrnak’s three goals and the eventual game-winner by Charlie McAvoy didn’t hurt either, of course, but how fans responded to those moments in Boston’s 5-2 win over the Islanders stood out the most.

“That was obviously a little fun, outstanding to have the fans back,” Pastrnak said on a postgame video conference. “You could feel the energy this morning. We were all excited. In the warmup, it felt like 22 players playing their first NHL game, everybody looking around and so many people. Definitely a different game with the fans and obviously a lot of fun today.”

Bruins captain Patrice Bergeron expressed how the return of fans not only met but exceeded his expectations.

“The energy, the atmosphere was everything you expected and more,” Bergeron said on a video conference. “I think to say we’ve missed them is an understatement. I think you appreciate even more when the fans are taken away from the game a little bit, for quite some time, and you have to play without them. ? So, special night. It was good to have them and good to have the win.”

McAvoy said much of the same.

“It was really special. It’s been a while. I was kind of joking around this morning that it’s been so long tonight was kind of like the first time again,” McAvoy said on his postgame video conference. “It was awesome. Never seen that many fans in there early for warmups. So you could tell they were excited. They were into it, they were loud, they were passionate. They were everything that make Bruins fans so special. So, really happy to get the win for them in their first game back and we’re going to need them the rest of the way here. They did their job tonight.”

Boston, who holds a 1-0 lead in the best-of-seven, will return to TD Garden on Monday for Game 2 of its second-round series against the Islanders. 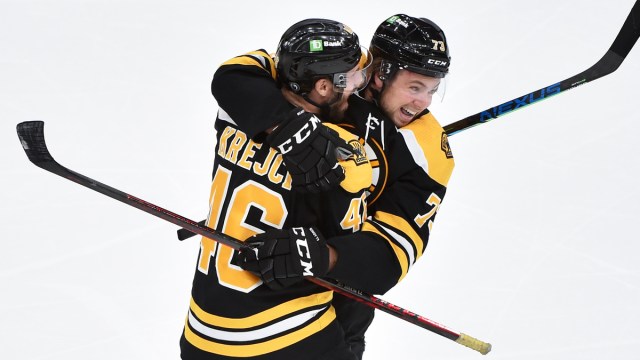 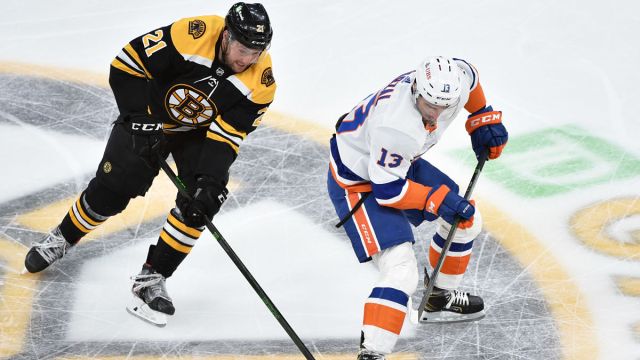