The NFL released its 2021 regular-season schedule last week. While it has always been a big deal, it?s amazing how much mainstream media coverage it received from a gambling perspective, with writers and broadcasters talking about the Week 1 lines and making picks.

It was only a few years ago when I was just about the only journalist to make opening-week picks against the spread four months before the season. With the expansion of legalized sports betting in this country and the continuing explosion of sports wagering as a whole, everyone seems to be giving their opinions on what to bet.

This is good for the industry overall, so I welcome it. However, I couldn’t help but notice that so many of these prognosticators were missing the point of betting this far out. Granted, they would mention that value can be found before the lines move (which is true), but then they would handicap the games with which rookies they thought would make an impact, how the teams match up and so forth.

Now, obviously the goal is to have the winning side when the games are played, but most people don’t address the most important points of whether to make your bets now or later: Are you getting the best number now to make it worthwhile to tie up part of your bankroll for nearly four months? You should be handicapping the line (and the betting markets) more than handicapping the actual teams. Besides, if you?re just handicapping the teams, you can rest assured that’s all been factored into the line anyway.

However, I was prouder of the fact that bettors who joined me in these early bets got the best of the number in three cases with the Seahawks closing pick ’em at the Falcons being the lone exception (and we didn’t lose much value from -1 to PK). The Jaguars closed +7 at the Colts, the Packers closed +1 at the Vikings and the Titans actually closed -3 at the Broncos. That last game illustrates the other reason to bet early when you have an edge as sharp bettors with Titans -3 were able to hit a middle with Broncos +3!

So let’s break down every Week 1 matchup and look for this year’s early betting value:

Cowboys at Buccaneers (-6.5): The season opener will be a betting monster with the defending champions hosting the always-popular Cowboys. With Dak Prescott back, the Cowboys will get plenty of support, but I can’t help but think that more bettors will be jumping on the Tom Brady bandwagon, so grabbing the Bucs -6.5 makes sense now. This is bound to get to at least 7, where we can buy back on the Cowboys and try to hit a ?side? (where one bet wins and the other pushes). Even if it drops to 6, we don?t lose much value.

Steelers at Bills (-6): There are 5.5s and 6.5s available for early line shoppers, but this is unlikely to reach the key number of 7, so it’s best to pass for now.

Jets at Panthers (-4.5): There’s a temptation to take the Jets +4.5 in case it disappears with the majority of books dealing Panthers -4, but I could see this rising and getting a better number later. Pass.

Jaguars (-2.5) at Texans: This line has already jumped from -1.5 and has even hit -3 at several books. I understand some bettors might not want to bet this game until we find out the status of Houston quarterback Deshaun Watson and his legal cases. If he doesn’t play, this line will certainly jump and we could have a nice shot at a middle.

Cardinals at Titans (-2.5): This is another tempting play on the Titans laying less than a field goal. With the Cardinals gaining popularity, I’m not as confident this line will get to 3, so I’d bet it only if you have access to Cardinals +3 and can lock in both bets at once.

Chargers (-1.5) at Washington: Both teams have been favored at various sportsbooks, and we could see this bounce back and forth. It’s not worth it to lock in any bets now unless you really think this steams to Chargers -3. I’m passing for now.

Eagles at Falcons (-4): This line opened Falcons -3.5 and has been bet up to -4 at a lot of books. I don’t see the value in laying either price now at more than a field goal (-3 would have been a great buy) and am more likely to come back later on the Eagles at the highest price possible, so we’ll wait to see what the betting market does with this one.

Seahawks at Colts (-3): This opened Colts -2.5 at some books and -3 at others and could bounce back and forth all spring and summer. If we see the market moving one way and want to lock in the side we want, we’ll fire. Otherwise, it’s best to wait as we might still have both options in September.

Vikings (-3) at Bengals: This also opened with a mix of -2.5s and -3s, but it’s pretty much all Vikings -3 now, so we probably missed out on locking in the -2.5. And with it being the Bengals, I wouldn’t expect a rush of money to drive the line back down. Pass.

49ers (-7.5) at Lions: Here’s the biggest spread in Week 1 … and it comes from a road favorite. A few books opened at 49ers -7 and have joined everyone else at -7.5, but I’ll fade that move and take the Lions now. It’s possible this could go higher (and I cringed when I saw some people out there arguing for 49ers -7.5 as a strong bet), but we don’t lose much value if it goes to 8 or 9 and have a great ticket if it drops.

Browns at Chiefs (-6.5): This is one of the marquee matchups of Week 1. Some books opened at Chiefs -5.5 and gave a gift to early bettors as it was quickly steamed to -6 and -6.5. I would have recommended a play at that price, but I’m passing for now. You might read this as a buy sign if you think it’s going to keep moving to 7, but there’s enough public support on the Browns this offseason that I’m skeptical of that happening. And even if a bookmaker decides to test the waters and move it to 7, I’m betting you better be really quick to grab it before it disappears.

Broncos (-1) at Giants: The Broncos opened between -1 and -1.5 and there’s been early action on the Giants, with some books going to pick ’em or even Giants -1. Grab the Giants +1 if you want, but I don’t think it’s worth the long-term investment to lock in that price.

Packers at Saints (-2.5): Most books initially kept this off the betting boards due to the uncertain status of Aaron Rodgers in Green Bay, with some opting for Saints -3. Now some books are still at -3 but more -2.5s are available. If you think Rodgers and the Packers will part ways, buy the Saints -2.5 ASAP. If you think Rodgers isn’t going anywhere, grab the Packers +3. I can’t decide which is more likely, so I’ll pass.

Bears at Rams (-7): We have yet another game right around a key number. Westgate opened Rams -6.5 and I’ve seen a 7.5 pop up offshore, but otherwise, it’s a solid 7. Wait to get the half-point for the side you like, but otherwise pass for now.

Ravens (-4.5) at Raiders: The Week 1 “Monday Night Football” game has seen the most volatile line movement so far. Several books outside Nevada, including DraftKings and William Hill, opened the Ravens -5.5, but the Westgate SuperBook went low with Ravens -3.5. As of Thursday, the line had mostly settled at 4.5 — and I still like the Raiders at that price. This will be their first game in Las Vegas’ Allegiant Stadium with fans, and I believe this line will get bet down through the spring and summer. 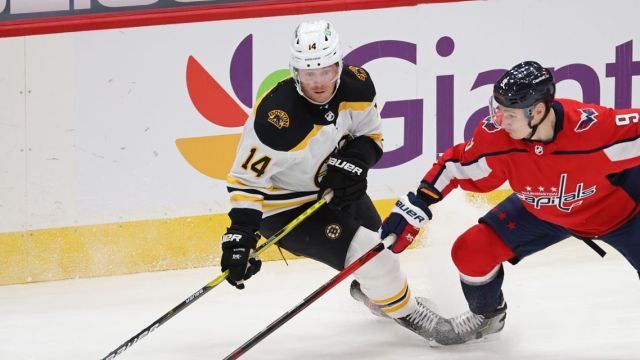 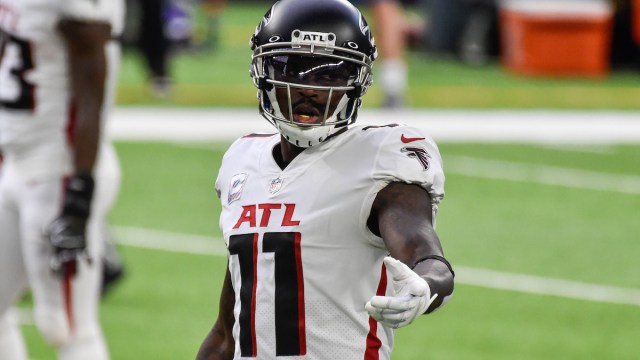