Vitek Vanecek Injury: Capitals Unsure Of Severity, But Comfortable With Any Goalie Skip to content

The Washington Capitals’ Game 1 starter was a guy who wasn’t expected to be on the NHL roster before the season in Vitek Vanecek.

But he grabbed the starting job this season and made it his, so it’s understandable why there was a collective groan across the nation’s capital Saturday night.

Vanecek injured himself in the first period of the Capitals’ win over the Boston Bruins in Game 1 of their first-round playoff series. The injury happened as he tried to spread his legs to make a save on what ended up being a goal for Bruins winger Jake DeBrusk.

That forced Craig Anderson into the game cold, but he fared well. He finished with 21 saves on 22 shots in the 3-2 overtime victory.

After the game, Capitals head coach Peter Laviolette said that he was unsure of the severity of Vanecek’s injury.

After Anderson, 29-year-old Pheonix Copley, who has spent the bulk of his career in the AHL, was next up Saturday. The Capitals were without Ilya Samsonov, who basically is the reason Washington was comfortable letting Braden Holtby walk this offseason. He was cleared from the COVID-19 protocols Saturday, however, so he presumably might be able to play soon.

That’s three options, all with clear flaws, for the Capitals. But with the way Anderson came in and played Saturday, you can understand why the Capitals are comfortable with whoever they lean on.

“There’s a lot of confidence in all of our goalies,” Laviolette said after the game over Zoom. “I’ve said this before, but our goaltending depth is really good. You’d like to be healthy, you’d like to have everybody available, but this is what we’ve been dealt. But I can tell you, there’s a lot of confidence in Anderson. And Pheonix Copley had a terrific year, (Zach) Fucale’s numbers are some of the best in the AHL. Hopefully Vanecek’s on the mend and Samsonov works back into the mix. So, we still feel like we have good depth.”

Laviolette usually is tight-lipped about his lineup decisions, specifically with goalies. Even before Game 1, he didn’t divulge his starter even though pretty much everyone knew it would be Vanecek.

And he actually cracked a joke about assessing his goalie situation.

“We’re just getting off the ice here, so we’ll go in tomorrow and address everything, assess everything and then probably give you nothing. How’s that for honesty?”

Game 2 is set for Monday from Capital One Arena. Puck drop will be at 7:30 p.m. ET on NESN, with pregame coverage beginning at 6:30. 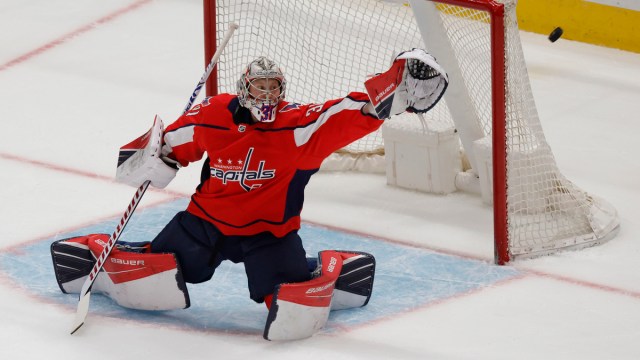 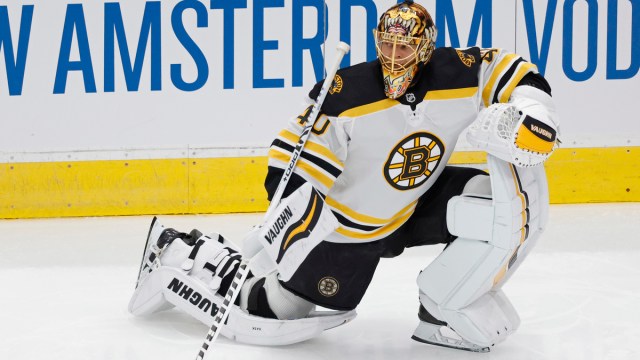