Officiating has been a consistent topic of conversation in the New York Islanders-Boston Bruins second-round Stanley Cup Playoff series.

The NHL is hoping to change that.

Barry Trotz has indirectly griped about the refs by saying that Patrice Bergeron cheats on face-offs (Trotz, however, claimed Tuesday he doesn’t “work” the refs). Bruce Cassidy, who earlier in the series largely was complimentary of the officiating, took the officials to task after Boston’s Game 5 loss. He later was fined $25,000 for those remarks.

With Game 6 set for Wednesday at Nassau Coliseum, there will be two (kind of) new referees overseeing things.

According to The Athletic’s Fluto Shinzawa, it will be Gord Dwyer and Dan O’Rourke refereeing Game 6, taking over for Francis Charron, Francois St. Laurent and Jean Hebert, who had Game 5. Both Dwyer and O’Rourke have more playoff experience than Charron, St. Laurent and Hebert.

Dwyer, a 43-year old from Sackville, Nova Scotia, has been on 1,007 regular-season games and 73 playoff contests, according to Scouting The Refs.

O’Rourke, a 48-year old from Calgary, has 1,197 regular-season games and 148 playoff contests under his belt. He is the fifth-most experience playoff ref across all active NHL officials.

It’s worth noting that changing referees is common practice in between games, and that has been the case throughout the series.

Game 6 will be the second game of the series that both Dwyer and O’Rourke have officiated. They had Game 2, which the Islanders won in overtime. That was a contentious game that featured 16 penalty minutes. The Islanders scored on two of their power plays and the Bruins had one goal on the man advantage.

Puck drop for Bruins-Islanders Game 6 is set for 7:30 p.m. ET. NESN+ will have a full hour of pregame and postgame coverage, plus intermission reports on NESN.com. 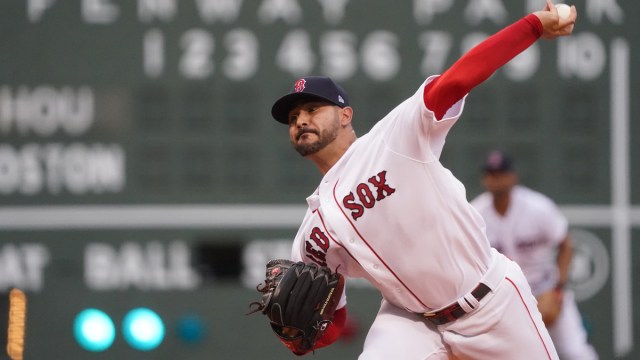