Red Sox Notes: Why Boston Is Not Panicking Despite Rotation Woes Skip to content

Nick Pivetta on Saturday lost just the second game of his tenure thus far with the Red Sox, tossing another less-than-ideal start from Boston’s starting pitchers into this week’s bucket.

In the 12 games they’ve played in June, the Red Sox have given up at least five runs in seven of them. But this last run through the rotation has seen the entire starting staff a bit off, going back to a sweep of the New York Yankees at the beginning of the month.

“I mean, that’s only one time through the rotation,” manager Alex Cora said after a 7-2 loss to the Toronto Blue Jays.

“I still believe the stuff is still good, teams are gonna make adjustments and you’re gonna go through ups and downs. If you take away the week, and you go by individuals, they had what, one bad start during the season? So we’ll take that, it just happened that everything is happening at the same time.”

One that Pivetta hammered home as well following his outing Saturday. He went five full innings and gave up six runs off six hits, two walks with six strikeouts. Prior to the 28-year-old giving up four home runs, the Red Sox were the only team in Major League Baseball to have not given up more than three in a single game. He also entered the game with Boston’s lowest ERA of any starter.

“I mean, it’s one week, guys,” Pivetta said after the loss. “I mean, at the end of the day we’ve held together really, really strong and put some really good starts in. There’s no room for panic here, there’s no room for making a big deal out of it. It’s baseball. It’s how it goes. It’s how you adjust to it and it’s how you move forward.”

Here are other notes from Red Sox-Blue Jays.

— There was a scary moment in the bottom of the seventh when Kiké Hernández took a 95 mph fastball to the helmet.

Fortunately, the ball hit him on the jaw flap of his helmet, and though he was quite shaken up, the outfielder is thought to be OK.

“Yeah, I mean I jumped right away,” Cora said. “That C-flap that he wears works, so luckily he wears it.”

— Boston leads the MLB with 19 outfield assists, and Hernández added another, pulling off a nice double play to get Joe Panick out at home and hold Toronto scoreless in the inning that saw runners on scoring position with one out.

— With the series tied up, the Red Sox have two more left in the four game set. First pitch between Boston and Toronto is 1:10 p.m. ET. 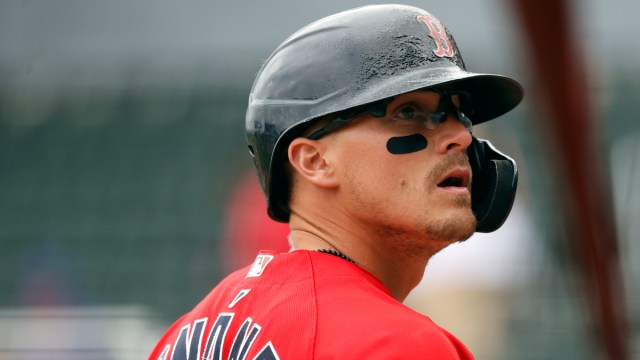 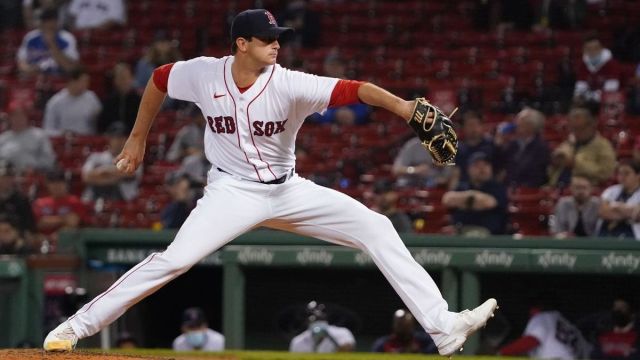