UPDATE (11:18 P.M. ET): It’s official: The Red Sox on Thursday landed Kyle Schwarber in a trade with the Nationals.

ORIGINAL STORY: The Red Sox reportedly have made a deal.

Boston on Thursday night acquired Kyle Schwarber in a trade with the Nationals, according to multiple reports. The Red Sox will send right-handed pitching prospect Aldo Ramirez to Washington.

Schwarber had 25 home runs in 72 games this season before suffering a hamstring injury in early July. Primarily an outfielder, the former Chicago Cub has appeared at first base just once during his big league career.

Schwarber’s contract includes an $11.5 million mutual option (with a $3 million buyout), meaning either he or the Red Sox could opt-out of the deal during the offseason.

Schwarber’s hamstring injury was considered serious, but he is expected to return in the near future. It’s unclear whether he will play first base in Boston. He would provide a strong left-handed option at the position with Bobby Dalbec struggling mightily against right-handed pitching.

Schwarber had a .253 average and .910 OPS before going down with his injury.

As for Ramirez, he was one of the more underrated prospects in Boston’s farm system. Ranked eighth on SoxProspects.com, the 20-year-old right-hander was 1-1 with a 2.03 ERA in eight starts before landing on the injured list with right elbow tendinitis. He generally is regarded as a potential back-end starter, if not better. 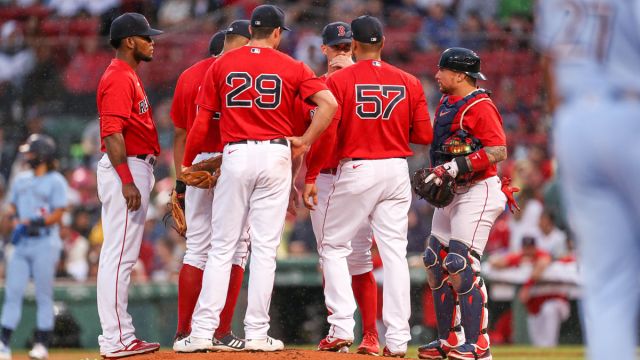 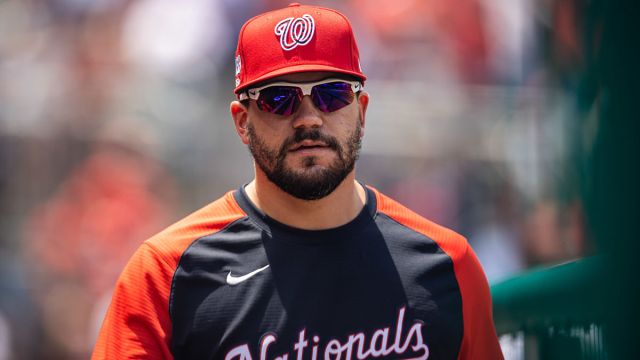