Nick Foligno was flattered by the inquires he got as NHL free agency opened Wednesday.

He’s glad things worked out with the Bruins, though.

The longtime Columbus Blue Jackets captain signed with Boston to a two-year deal worth $3.8 million per season. He was six new players who joined the Bruins. Foligno did his media rounds after the signing was announced, and in his introductory press conference with the media, shared the major reasons he decided to sign with the team.

Here’s what the left winger had to say to reporters:

1. Boston’s winning culture always made it a desired destination, but it looks like being recruited by Bruins legend Patrice Bergeron sealed the deal.

I think the track record speaks for itself. Playing against them all these years, they’re a team that I?ve admired from afar. Their culture, their structure. They’re always in the thick of it. They’re always a team that seems to have a chance to win on any given night and also in the postseason. So, that, topped with a conversation I got to have with Bergy, which was really cool just being able to speak to Patrice and kind of pick his brain a little bit before. How excited they would be to have me join. That excites you as a player. I think it’s one thing to hear it from a GM or a coach, but when you can get a teammate lobbying to try and get you on their team, especially somebody with his respect in the league and the way he plays, it meant a lot to me and carried a lot of weight. And it’s a team that I’m really excited to be joining right now.

2. The experience of getting beat by the Bruins in the second round of the 2019 Stanley Cup Playoffs told Foligno everything he needed to know about the level of commitment his future teammates would have.

That’s kind of what I refer to a lot of times when I think of their team. That year they were poised to win. I remember playing them and we had our best team that we had assembled in Columbus in a long time. And we had some injuries and guys that went down. And they did as well. It just seemed like the next man up, the depth that they had, the understanding of how they had to play, showed me the commitment that they had. And the understanding as a team of what it took to win. And we just didn?t quite have that. They’ve obviously had a little longer track record of winning recently or going far in the playoffs. I think that?s what draws me to the team. It’s what I remember about them. It just felt like they just came in waves. We kind of got out to an early lead in the series and they just kept coming. They didn’t stop. They were confident in who they are. They know that they have the skill and the will to work and win. That’s what kind of draws me to them. I feel like that’s the brand of hockey that I play and I’m looking forward to complementing that with this group that already has such a great culture in there.

3. The most important reason Foligno wanted things to work out in Boston has to do with his family. Sure, Massachusetts objectively offers the best education in all the country, but it has more to do with the existing relationship he has with the great people at Boston Children’s hospital. His seven-year-old daughter, Milana, underwent life-saving surgery there in 2018.

I just feel like this is the right fit for me and my family. Ultimately, I’m a dad. A family of three kids and I want them to be just as comfortable. Because a lot of times, how they feel off the ice makes me play that much better on it. And I think that’s why I chose Boston.

A big thank you to Boston Children’s and obviously, Nationwide Children’s in Columbus for allowing us to have a healthy daughter. But Boston has a very special place in our heart because of that. I think it was — my wife said, serendipitous in a way, of coming back to a place that gave us a chance to be a family in the first place. We’re really looking forward to that bond that was created. We love the doctors and the people in that hospital. We?re looking forward to playing in front of them, having them cheer us on. I think they were secretly cheering me on from afar, but now they’ll really have a reason to cheer for me, which will be great. And probably even more so to see how well Milana is doing for them, to see her on a more day-to-day basis, will be really special. We’re pretty excited about being back in Boston for that reason. 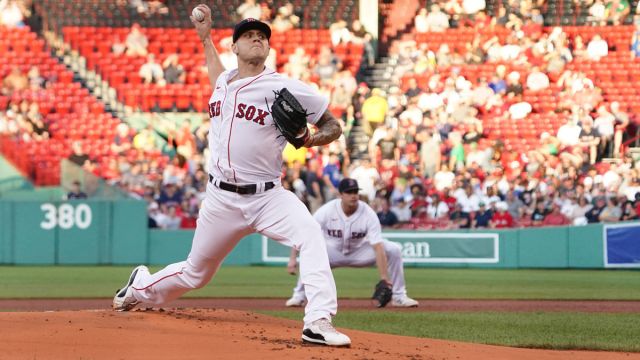 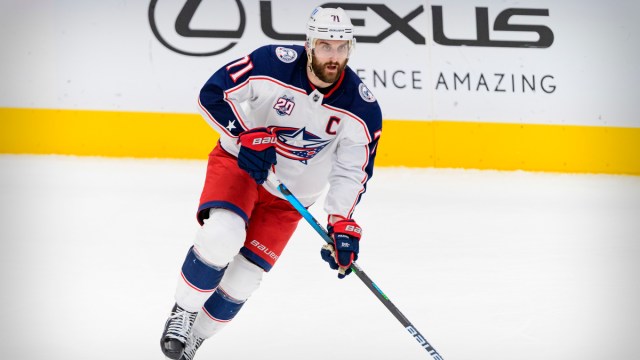