Well, the Boston Red Sox were going to lose at home eventually, but the Phillies snapped the streak emphatically.

After winning their previous eight games at Fenway Park, the Red Sox on Saturday lost 11-2 to Philadelphia in the middle contest of a three-game set.

It was a close game for much of the afternoon, with the wheels falling off in the eighth. The Red Sox had to use three pitchers to get through the penultimate frame, which saw the visitors drive in eight runs.

Short of a Xander Bogaerts homer, the offense largely was kept at bay, while Sox starter Martín Pérez was tagged for three runs in his short outing.

It was a tough afternoon for the Sox, especially in the latter stages.

ON THE BUMP
— It wasn’t the finest outing for Pérez, who didn’t make it out of the fourth inning. He allowed three runs on six hits across 3 2/3 innings, walking two and striking out a pair.

Pérez stumbled right out of the gate, with Jean Segura roping a homer to lead off the game.

He finished the rest of the first without issue, but got back into trouble in the second. Pérez walked Rhys Hoskins to start the frame, then served up a two-run dinger to Alex Bohm, who put on in the Monster seats.

From there, Pérez settled down, even though the Phillies continued to make contact.

The righty allowed a double in the second and single in the third, but neither of those hits resulted in runs. Pérez got the first two outs of the fourth, but after allowing a single and walk, Sox manager Alex Cora pulled him.

— That brought in Hirokazu Sawamura, who ended the inning by getting Segura to ground into a force out, which stranded two.

Sawamura returned for the fifth and retired the side in order.

— Garrett Whitlock took over in the sixth and allowed a single in a clean inning.

He came back out for the seventh and allowed a one-out single to Segura. After striking out J.T. Realmuto for out No. 2, Cora pulled Whitlock.

— Josh Taylor took over with two down and Segura on first, but he didn’t even need to pitch to Bryce Harper. Segura took off on Taylor’s pickoff attempt and got caught in a rundown, eventually getting tagged out to end the inning.

But when Taylor returned for the eighth, trouble awaited him.

Harper singled, then Andrew McCutchen walked. Both would come in the next at-bat, as Hoskins doubled off the Monster to make it 5-2 Philly.

Taylor then plunked Didi Gregorious, which prompted Cora to remove him.

— That brought in Brandon Workman, who first loaded the bases, then allowed an RBI single to Ronald Torreyes.

After walking in a run, Workman got replaced.

— Austin Brice tried to wiggle out of the jam, and he was unsuccessful, as Segura grounded a single to center that scored a pair, making it 9-2.

Brice struck out Realmuto for the first out of the inning, but then gave up a double to Bryce Harper that scored a pair.

After that, Brice got Gregorius to fly out, which mercifully ended the inning.

Brice pitched the ninth and tossed a 1-2-3 inning, striking out a pair.

IN THE BATTER’S BOX
— Quickly down 3-0 in the second inning, the Red Sox got one back thanks to a moonshot from Bogaerts.

— An inning later, Christian Vázquez roped a leadoff double. Two batters later, Kiké Hernández got hit by a pitch. With those two on, Phillies catcher Andrew Knapp attempted a pickoff to first base, but the ball sailed past Hoskins. That allowed Vázquez to score from second, cutting the deficit to 3-2.

J.D. Martinez and Bogaerts worked walks to load the bases with two down, but a Rafael Devers fly out to left ended the inning without further damage.

— Bogaerts and Vázquez had Boston’s other two hits.

UP NEXT
The Red Sox and Phillies will play the rubber match of their series and final contest of the unofficial first half of the season Sunday. Former Phillie Nick Pivetta will get the ball for Boston opposite Aaron Nola. First pitch from Fenway Park is set for 1:10 p.m. ET on NESN, with pregame coverage beginning at noon. 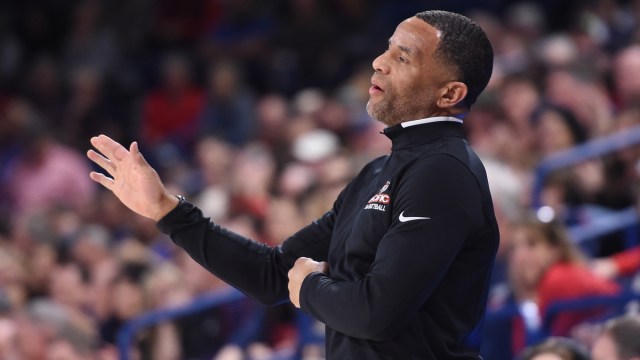 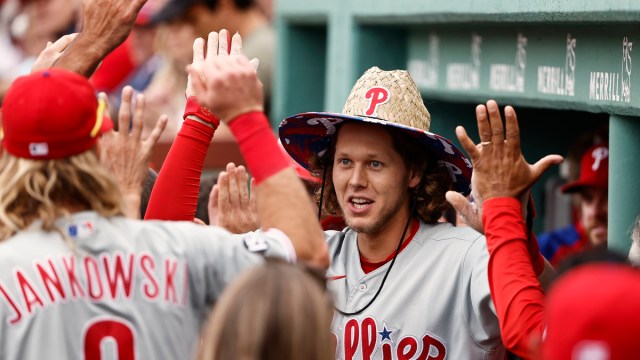 Phillies’ Alec Bohm Pulled During Game Vs. Red Sox Due To COVID Protocols