NBA Rumors: Dennis Schröder Has 'No Expectation' To Start For Celtics Skip to content

Dennis Schröder reportedly has signed a one-year deal with the Boston Celtics.

It appears an agreement definitely has been reached, though, as the news was broken by the guard himself Tuesday on Instagram.

The Celtics signed Schröder using their $5.89 million taxpayer mid-level trade exception, according to ESPN’s Adrian Wojnarowski. For a player that turned down a rumored four-year, $84 million extension with the Los Angeles Lakers last season, Boston got a great deal on veteran depth for the backcourt — on a “prove it” contract, at that.

You could imagine a guaranteed starting spot would be a contingency of the 27-year old signing, but one report suggests otherwise.

“Dennis Schröder signed with Boston with no expectation of a starting role,” NBA writer Keith Smith reported on Twitter, citing a source. “Celtics made it clear that Ime Udoka will evaluate roles and minutes. Also, this will be Udoka’s decision only. The front office, led by Brad Stevens, will not get involved in PT (playing time) decisions.”

Udoka should go about it just that way, as he already has a more than serviceable point guard on his roster. Marcus Smart is able and willing to run point, so it will be interesting to see who wins out.

Schröder averaged 15.4 points on 12.5 attempts from the field with 5.8 assists in LA last season. 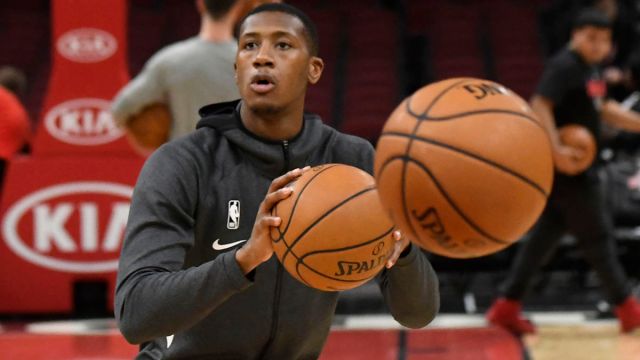