There are a lot of Jaylen Brown stans on social media.

The popular website Hoops Hype had its shooting guard rankings go viral Monday, but not for anything they wrote about the Boston Celtics star. In fact, quite the contrary.

Brown was left off Hoops Hype’s rankings for the Top 22 shooting guards in the NBA entering the 2021-22 season. Those rankings then were shared by the popular aggregate Twitter account NBA Central, and NBA Twitter proceeded to do what it does, quote-tweeting it into oblivion.

Now, to be fair, Brown probably is considered more of a small forward by the site. And since the Celtics have added a few ballhandlers to the mix, the wing might often have a role more similar to that of a 3 than a 2 guard. But honestly, the game is trending more and more toward positionless play that these rankings — like the All-NBA voting process — are getting a little outdated.

But it’s definitely still fun to talk trash on Twitter, especially considering there are a handful of players on HoopsHype’s rankings that probably shouldn’t be listed as shooting guards.

For example, James Harden tops the list because he entered the league at a time when the point guard position was evolving, but these days would be considered just that.

That’s why this is all arbitrary and dumb. We have wings, ballhandlers and bigs now. Let’s act accordingly. 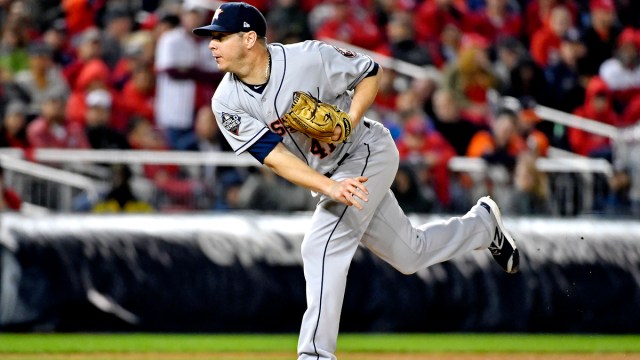