After revealing that Kiké Hernández tested positive for COVID-19 and Christian Arroyo would join him on the COVID-19 related injury list as a close contact, Boston Red Sox manager Alex Cora opened up about his team’s pandemic protocol.

Cora said he was concerned, but that wasn’t new as he has been navigating leading his team through a pandemic since before spring training began.

“I was concerned on February 10,” he said. “So it’s something we’re dealing with inside our world, outside our world. I don’t want to say we’re lucky. We’ve been OK throughout the season. It happened. It happened to a lot of teams. We have to find a way to keep moving forward and keep playing good baseball.”

While the Red Sox have had their fair share of COVID-19 issues throughout the season — with All-Star closer Matt Barnes the most recent player to test positive. Barnes’ stay on the COVID list was a brief one. Still, Cora said their run-ins with the virus were not due to a lack of attention to the issue.

“We probably are the most aggressive team testing-wise throughout the process,” Cora said. “Even this weekend, the situation with the Rangers because of some people that tested positive over there, we had to do our due diligence over here to make sure our group was clear, was sound, regardless of whether you’re vaccinated or not. I think we’re doing a good job, it just happened. This is what we’re fighting against.

“It’s something that we don’t control. We’re fighting an invisible enemy and it just happened that (Hernández) tested positive.”

Cora was alluding to the Texas Rangers’ ongoing COVID situation. The team had four players on the COVID injured list ] Friday, in the midst of their series against the Boston Red Sox.

For what it’s worth, Cora also praised Hernández and said he has done everything he can to prevent a positive test. 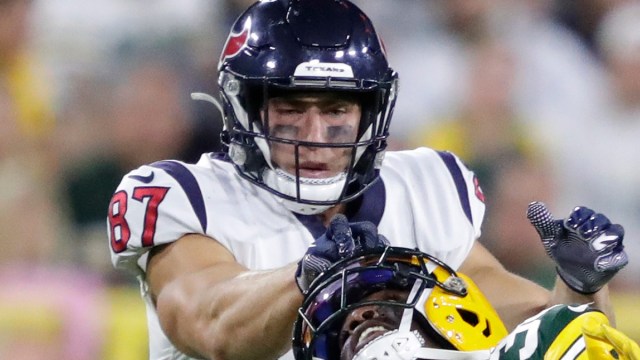