Travis Shaw made the most of his big moment, and it propelled the Boston Red Sox over the Texas Rangers in extra innings.

The Red Sox first baseman hit a walk-off grand slam Monday at Fenway Park in Boston’s 8-4 win over the Rangers. Shaw’s heroics capped a contest in which the Red Sox blew a lead late, then fell behind in extra innings only to come back and win in the 11th inning in the most-dramatic fashion.

Red Sox starter Nathan Eovaldi was dominant in seven innings of work, but Boston’s relievers couldn’t maintain the advantage he had provided. Matt Barnes recorded a blown save. Garrett Whitlock ultimately earned the win by rising to the occasion when the Red Sox most needed him to do so.

Here’s how it all went down at Fenway Park:

GAME IN A WORD
Dramatic.

The Red Sox led, trailed and came back to tie the score all before winning the topsy-turvy game on what NESN analyst Dennis Eckersley called “the ultimate walk-off.”

ON THE BUMP
— Eovaldi made quick work of the Rangers, striking out four and holding them to three hits over the first four innings. He might have entered a jam with one out in the third inning, but Xander Bogaerts made a great catch, which he turned into a double play.

Texas capitalized on Boston’s errors in the fifth inning to score its first run. After Jason Martin opened the inning with a single, Rafael Devers’ fielding error moved him to second base and allowed Nick Solak to reach first. Andy Ibanez advanced the runners on a sacrifice bunt. Bobby Dalbec failed to catch a routine throw to first on the next play, allowing Jose Trevino to reach safely, Martin to score and Solak to move to third base.

However, Devers atoned for his error by helping engineer an inning-ending double play on pure hustle.

Eovaldi rebounded from the scare by tossing consecutive 1-2-3 innings in the sixth and seventh. He finished the impressive outing with seven strikeouts, one walk, four hits and zero earned runs allowed.

— Adam Ottavino replaced Eovaldi to start the eighth inning. Ottavino put two Rangers on base but ultimately pitched his way out of the frame unscathed.

— Matt Barnes came on for the ninth, and the Rangers rallied. Nathan Lowe an DJ Peters singled to start it off. After Barnes struck out Martin, Solak singled on a play late substitute Christian Arroyo failed to grasp and turn for a game-ending double play. Texas made Boston pay when Andy Ibanez hit a ground-rule double to plate two runs and tie the score at 3-3.

— Garrett Whitlock replaced Barnes with one out. Whitlock struck out Trevino, then loaded the bases by hitting Yonny Hernandez with a pitch. However, Whitlock then struck out Isiah Kiner-Falefa to end the inning.

— Whitlock in the 10th inning allowed the Rangers to score their fourth run and take their first lead of the game. Kiner-Falefa started the frame on second base, per MLB’s new rules for extra innings. Whitlock forced Adolis Garcia to ground out for the first out. Lowe then singled home Kiner-Falefa.

IN THE BATTER’S BOX
— The Red Sox took the lead in the bottom of the second inning on Alex Verdugo’s two-run home run. Rafael Devers singled, and the following two batters flied out. Verdugo then put the Red Sox on the board by launching this homer into Boston’s bullpen.

— Renfroe increased Boston’s lead to 3-1 in the sixth inning with this moon-shot. It’s the MLB-leading eighth homer Renfroe has hit in August.

— The Red Sox were trailing 4-3 entering the bottom of the 10th inning and initially looked destined for a loss. First J.D. Martinez flied out, then Arroyo, who started on second base, was thrown out on a fielder’s choice, on which Bogaerts reached first. Devers went down 0-2 but then crushed a Dennis Santana pitch into the triangle for a game-saving RBI double.

— Hunter Renfroe started the bottom of the 11th on second base and advanced to third when the Rangers botched what should have been a routine play on Christian Vázquez’s sacrifice bunt. After Texas loaded the bases by walking Alex Verdugo intentionally, Boston won the game when Shaw sent this Dennis Santana delivery into the bullpen.

— Verdugo led Boston’s batters with four hits.
— Devers had two hits, one of which was clutch.
— Renfroe, Kyle Schwarber and Shaw each had one hit.

TWEET OF THE GAME
Here’s one way to describe Boston’s win. Celtics coach Rick Pitino might have something to say about the negativity in this town.

UP NEXT
The Red Sox open their three-game set with the Minnesota Twins on Tuesday at Fenway Park. First pitch is scheduled for 7:10 p.m. ET. 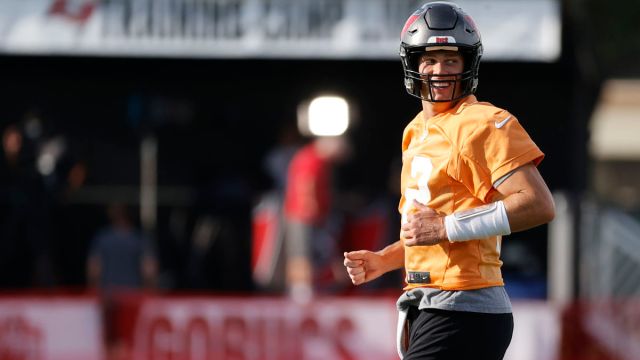 Tom Brady Gets Fulfillment Over Player-Coach Role, Having More Control With Bucs 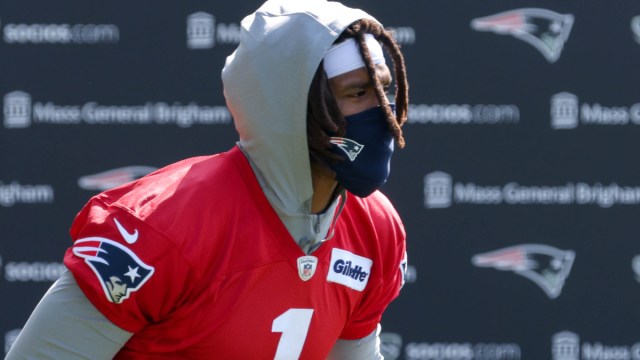